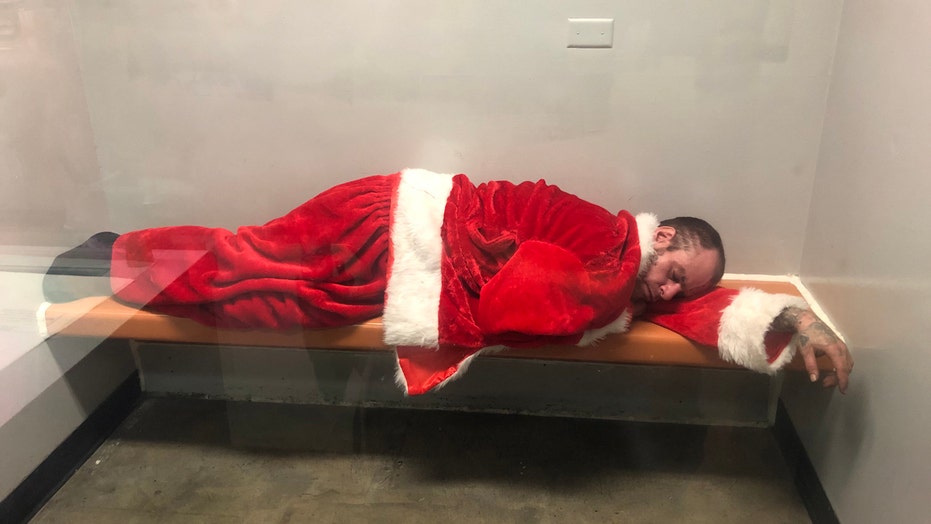 Christmas came early for one California man, dubbed the “Drunk Santa Suit Criminal,” and he is most definitely on local law enforcement's naughty list.

Brea Police arrested the festive, and apparently impatient, man Tuesday after they found him inside his car at around 7 a.m., FOX11 reported. The man, who has not been identified by authorities, appeared to be under the influence of alcohol or drugs or both, police said.

Police took to social media to share a "message" from the “Drunk Santa Suit Criminal.”

Brea Police arrested the festive man on Tuesday after they found him inside his car at around 7 a.m.  (Brea Police Department)

“Dear Santa,” the letter began, “I'm sorry I stole your red suit. I was drunk and made some poor choices. I know it's only October. And it's hot. Too hot for this suit. But I was drunk. Poor choices.”

It was signed “sincerely, Drunk Santa Suit Criminal.” It was not immediately clear if any potential repercussions would include a lump of coal.