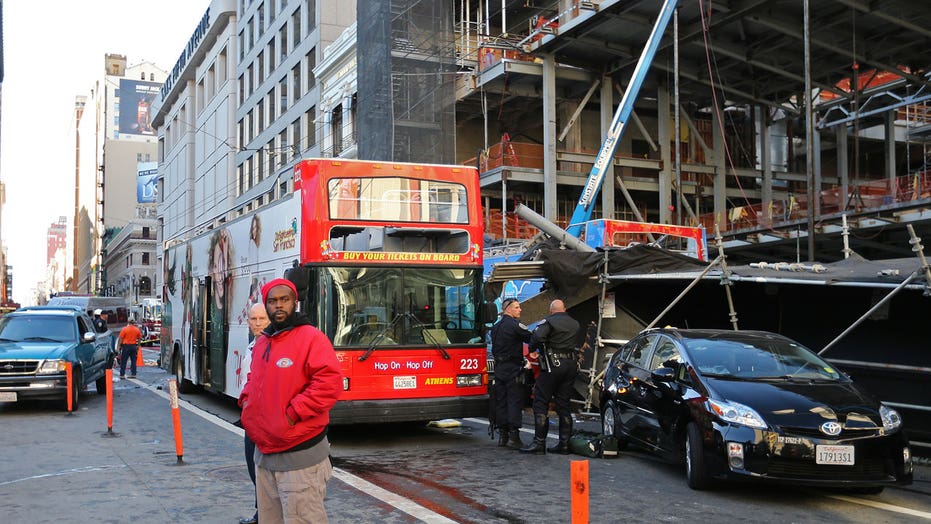 SAN FRANCISCO – The driver of a tour bus that crashed in San Francisco last year appears to have hit the accelerator when he intended to press the brake and reached speeds of more than 45 miles per hour as he barreled down a city street for several blocks, investigators said Wednesday.

Driver error was to blame for the November crash that left 19 people injured, six of them critically, San Francisco police said. The bus' brakes, throttle and steering had no problems, the California Highway Patrol said.

Police cited the driver, Kenneth Malvar, 53, for unsafe speed. Malvar's attorney, Robert Cartwright, disputed the findings, saying Malvar is a former U.S. Marine who has enough experience behind the wheel to know the difference between the accelerator and the brake.

Malvar stepped on the brake, but it failed, Cartwright said.

"What really happened here has not yet been determined," the attorney said. "My client insists that he put his foot on the brake."

There was evidence that the throttle had been pressed, but not the brake, police Sgt. Kevin Edison said.

"A lot of times you talk to witnesses: They believe they did something when you have proof to show that didn't happen," he said.

The bus hit a bicyclist, construction barricades, a vehicle and a sign before coming to a stop by hitting several vehicles, scaffolding and a utility pole, police said. Edison said Malvar did a "good job" steering the bus and avoiding other vehicles and pedestrians.

Malvar was among the injured. Cartwright said he has undergone multiple surgeries and is in a wheelchair.

He said investigators took the bus apart as part of their review, making it impossible for outside experts to conduct their own evaluation of its parts.