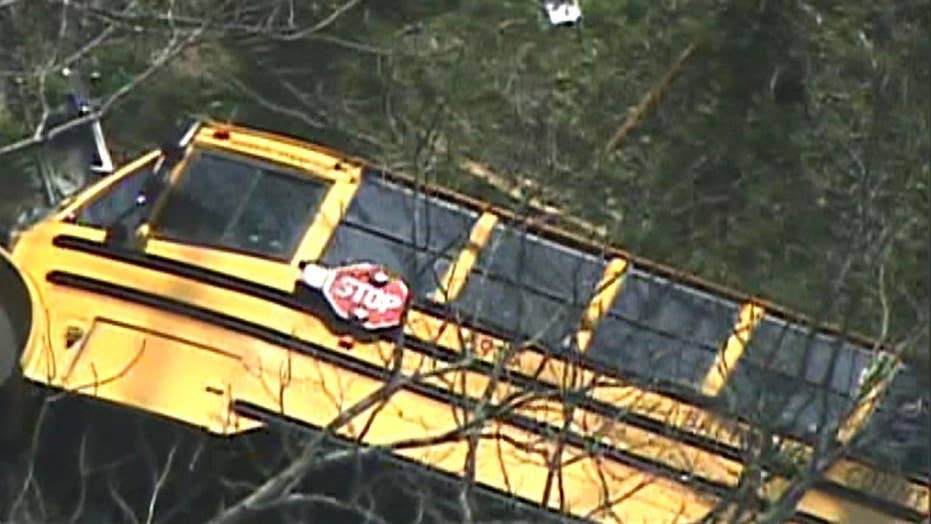 Accident occurred in Parkton about 30 miles north of Baltimore

A driver and nine students were rushed to hospitals Wednesday after their school bus crashed north of Baltimore, according to rescuers.

The crash unfolded near Hereford High School in Parkton, some 30 miles north of the city. There were 43 people were on the Baltimore County school bus at the time of the crash, according to Fox 45.

Police said the ten people hurt are nine students and the bus driver.

The driver of the bus reportedly sustained the most serious injuries out of all the patients.

Video from the scene showed the bus on its side, with medical crews rescuing the students. Crews shut down the road in both directions.

It's not clear what triggered the crash. Baltimore County officials said an investigation could take several weeks.