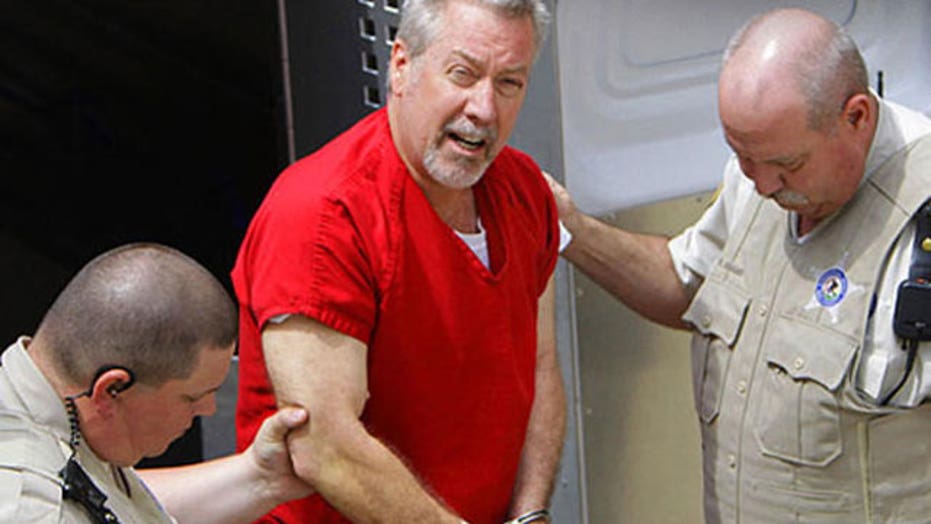 Authorities charged Drew Peterson -- a former Illinois cop convicted of murdering his third wife and the prime suspect in his fourth wife's disappearance -- with trying to hire a hit man to kill the lead prosecutor in his ex-wife's murder trial.

The charges allege that between September 2013 and December 2014, Peterson plotted to hire a hit man to kill Will County State's Attorney James Glasgow, the prosecutor who led the 2012 trial that resulted in Peterson being convicted of killing his third wife, Kathleen Savio.

Peterson, who is currently incarcerated at the Menard Correctional Center, made an initial appearance on the charges Monday at the Randolph County Courthouse. A preliminary hearing is set for March 3 at 10 a.m.

The case will be jointly prosecuted by the Illinois Attorney General's Office and the Randolph County State's Attorney's Office.

The charges allege that between September 2013 and December 2014, Peterson solicited an unnamed individual to carry out a murder-for-hire plot against Glasgow.

Peterson, a former Bolingbrook police officer, is serving a 38-year prison sentence after being convicted in the 2004 drowning death of Savio.

An investigation into Savio's death was reopened after Peterson's fourth wife, Stacy, disappeared in 2007. Authorities have said they believe Stacy Peterson is dead and that Drew Peterson is a suspect, but he hasn't been charged in that case.

Savio was found dead inside a waterless bathtub inside her home, her hair soaked in blood, in what the coroner ruled at the time was an accidental drowning. A neighbor and friend who discovered the body testified during the trial that he saw a cut on Savio's head and bruising on her wrists.

Prosecutors argued at trial that Savio's death was a murder staged to look like an accident. They suggested Peterson killed Savio because he feared their pending divorce settlement would wipe him out financially.

Peterson has claimed that Stacey Peterson, a 23-year-old mother of two, ran off with another man -- an argument neither the police nor her family say they believe.