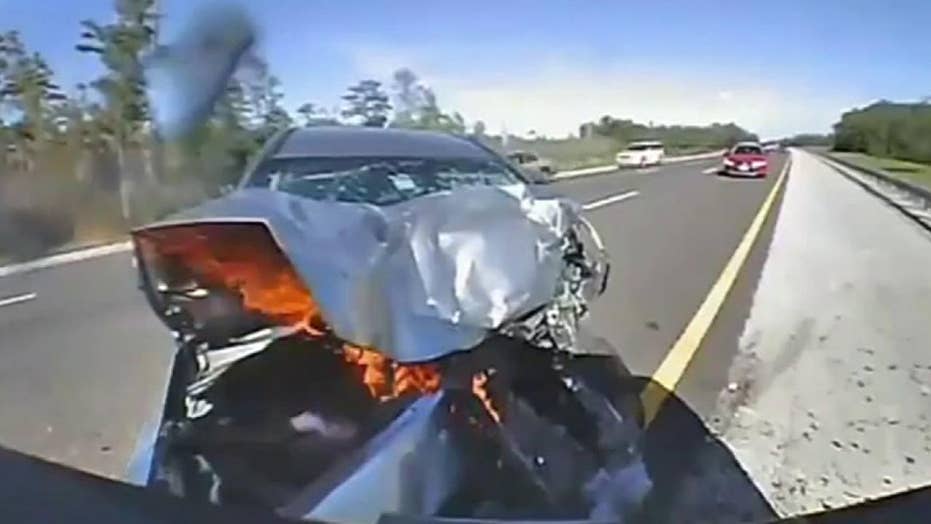 It’s National Law Enforcement Appreciation Day. And the Florida Highway Patrol drove the point home, as WPEC reported, by sharing a dramatic video from last November on I-75.

The images: that of a vehicle smacking into a patrol car.

The video was tweeted with the caption: “MOVE OVER FLORIDA! Dash cam video captures vehicle crash into FHP trooper! 1st responders perform a critical service on the side of the road, plz move over so they can safely do their job! It’s the law, it’s common courtesy & most importantly, it’s a life saver!”

The campaign is to remind Florida drivers to move over when they see an emergency on the side of the road, as WLRN reported.

Florida’s slow-down/move-over law was introduced in 1971, WLRN said, and was last updated in 2014.