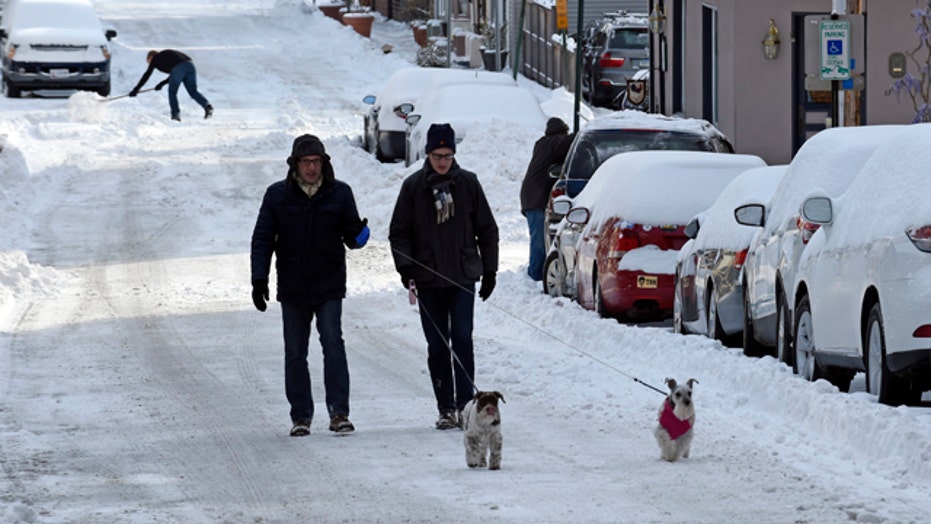 Winter blast brings ice and snow to Southern US

New England braces itself as snow targets the Northeast next

Roofs across eastern Massachusetts are collapsing or buckling under the weight of several feet of snow, but no major injuries have been reported.

The Massachusetts Emergency Management Agency says it has received 74 reports of roof collapses since Feb. 9.

Most of the collapses are occurring in flat-roofed, storage-type buildings.

But a portion of the roof at North Attleborough High School collapsed, though just a few staff members were inside because it's vacation week. A Big Kmart in Braintree and a Burlington Coat Factory in Revere were evacuated and closed because of roof damage.

With the potential for sleet and rain this weekend , existing piles of snow could triple in weight. New cracks, sagging ceilings, leaks, or any creaking sounds from the roof or an attic can all be signs of a potential collapse, MyFoxBoston.com reported.

A potential roof collapse at an elementary school  in Madbury, New Hampshire left students with no school on Wednesday morning. The school reported cracks that began developing in the ceiling and walls and crews immediately began removing the snow