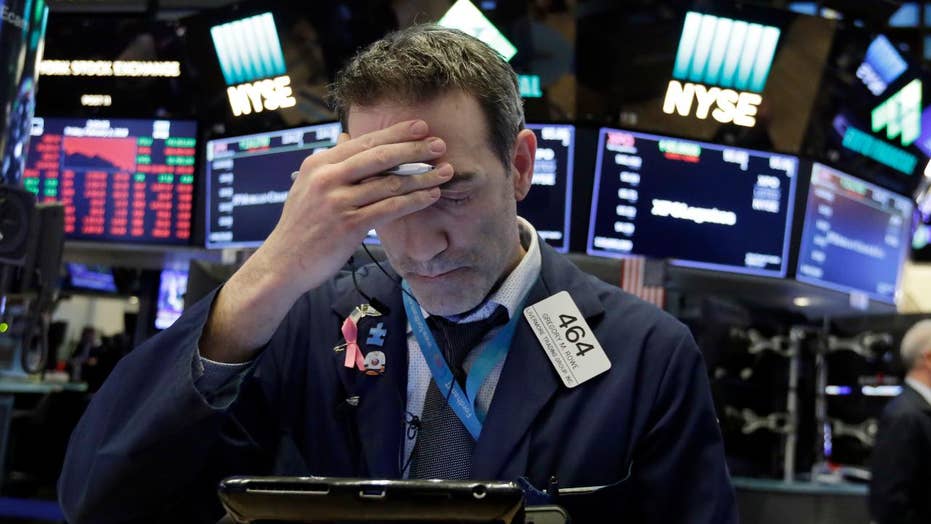 Dow drops below 25,000 for the first time since early January; was sell-off necessary?

The Dow fell as much as 1,597 points in afternoon trading, the largest intraday drop in history. The blue-chip index’s 4.6% decline reflected its worst day since at least Aug. 10, 2011. Coming off its worst week in two years, the Dow wiped out its 2018 gains with its pullback Monday.

Stocks have lost steam with investors refocusing on the potential for faster inflation growth. Job gains in January fueled those concerns, turning a spotlight on the Federal Reserve and its timeline for interest rate hikes. A stronger-than-expected gain of 200,000 U.S. jobs was seen as raising the odds that the central bank will increase its benchmark rate in March. The report also offered more evidence that the U.S. economy is gaining strength with wages climbing at their strongest pace since 2009.

A period of higher interest rates and stronger inflation would create a stark contrast to recent years, when accommodative monetary policies—headlined by near-zero interest rates—helped support the U.S. economy and equities.

But the business climate will remain a positive for the stock market after Monday’s selloff, according to Bob Doll, chief equity strategist at Nuveen Asset Management.

“This is technical, not fundamental,” Doll told FOX Business’ Liz Claman on “Countdown to the Closing Bell.” “This economic cycle is far from over.”