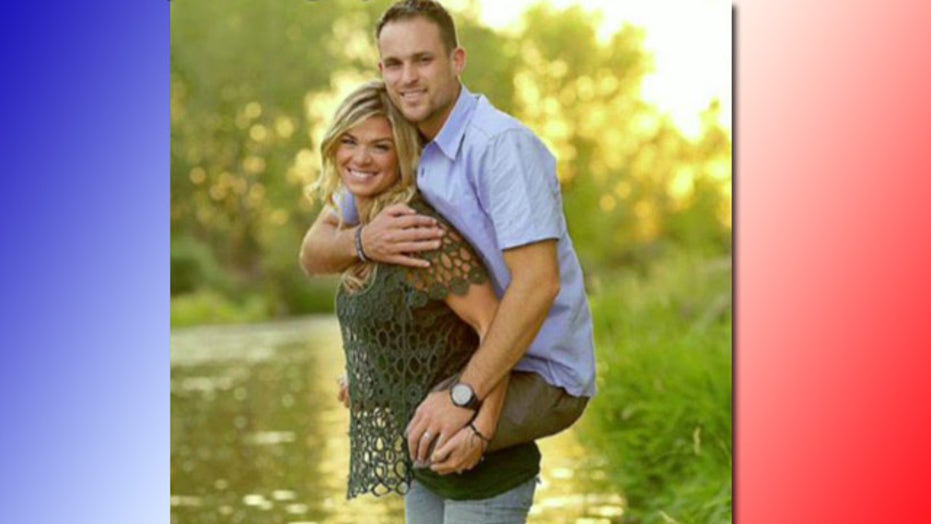 Photo of former Marine being carried by his wife goes viral

A double-amputee Marine pictured in a viral photo being carried by his wife hopes the image will "represent overcoming any kind of adversity, big or small.”

Jesse Cottle was in Afghanistan in 2009 as part of an infantry squad when an IED exploded, costing him both his legs.

When he returned home to the U.S. for rehabilitation in California, he met his future wife, Kelly Cottle, at a swim meet.

“The more I got to know him, the more things that would surprise me about him,” Kelly Cottle told “Fox & Friends” on Thursday.

Kelly Cottle said the two visited Idaho to get pictures with her family and the photographer asked to take a few photos of the group standing in a stream.

Jesse Cottle took off both of his prosthetic legs for the shots, and the photographer, Sarah Ledford, decided to take a few impromptu photos of Kelly carrying Jesse on her back as they returned to the shore.

The photos were posted on Ledford’s Facebook page on Aug. 17 and quickly went viral.

“We were like, oh that’s nice. And that’s about it,” Jesse Cottle told 'Fox & Friends.' And then it started blowing up from there and it just…boggled our minds from the beginning.”

Kelly Cottle said people’s reactions to the photo online were “supportive and encouraging.”

“It was hard to believe because they seemed kind of inspired about it, which was strange because it’s so normal to us,” she said. “But we kind of realized how great that is, that if we can inspire someone that’s so cool.”