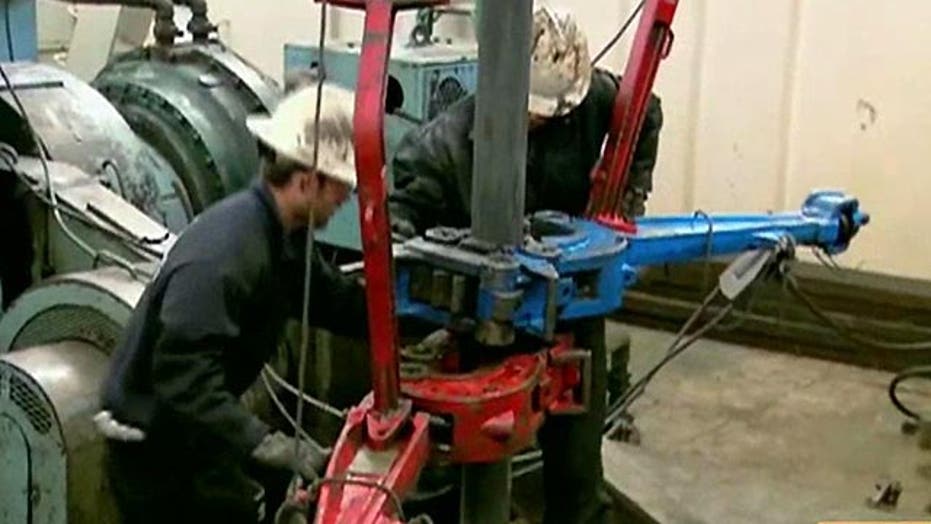 North Dakota and Texas get all the press when it comes to America's domestic oil boom, but production is increasing dramatically in several other states in the American West.

According to the Energy Information Administration, since 2010 oil production has increased 64% in Colorado, 51% in Oklahoma, 46% in New Mexico, 45% in Utah and 23% in Wyoming.

Combined, those states rival the heralded Bakken field in North Dakota. The reason behind the boom is the same as it is in the more well-known oil producing regions: technology.

"In the olden days exploring for oil and natural gas was a much bigger challenge than it is now," explains Tim Wigley, President of the Western Energy Alliance, an industry association. "And what really has been a game changer has been directional drilling, so now as opposed to having 15 or 20 wells on your property, you have one that can branch out 10 to 15 different ways."

Wigley is quick to point out that the onshore oil boom is not due to the Obama administration.

"While energy production overall in the country has gone up significantly it is because of private land production, it is in spite of the federal government not because of it."

In a statement to Fox News, the Bureau of Land Management pointed out that, "Domestic production from over 99,000 federal onshore oil and gas wells accounts for almost 13 percent of the nation's natural gas production and 5 percent of its oil. In FY 2012, this amounted to about $2.5 billion in royalties from onshore federal oil and gas production."

While industry critics say those figures are insignificant compared to what they could be, some conservationists believe the administration has gone too far in opening up federal lands in the West to oil and gas production.

"The reality is that acres of land that have been leased for energy production far outstrip land that has been preserved or conserved during the Obama administration," said Pete Maysmith, Director of Conservation Colorado.

"We need to put that on equal ground. That's not happening right now, we need to be doing more land protection here in Colorado and the West."

Maysmith acknowledges that oil and gas exploration must and will happen on public lands but says it must be done in ways that preserve the western tradition of multiple land use.

"And the interesting thing is that Westerners actually get that. A bipartisan poll that came out in the region just a couple of months ago shows deep and strong support for preserving our landscapes. They are economic drivers for tourism, outdoor recreation, industry, agricultural uses, clean water, you name it."

The administration has worked to shorten the time it takes to obtain oil and gas leasing permits on federal lands, a process that used to take an average of 300 days. But critics like Wigley say it's still not enough when compared to state and private lands. "For instance a permit in Texas or Oklahoma or North Dakota, you can get in 15 or 45 days. A permit on federal lands is about 230 days."

He also points out that unlike most areas of the country, in most of the Intermountain West, the amount of land owned by the federal government ranges from around 30% to 70% in states like Utah and Nevada.