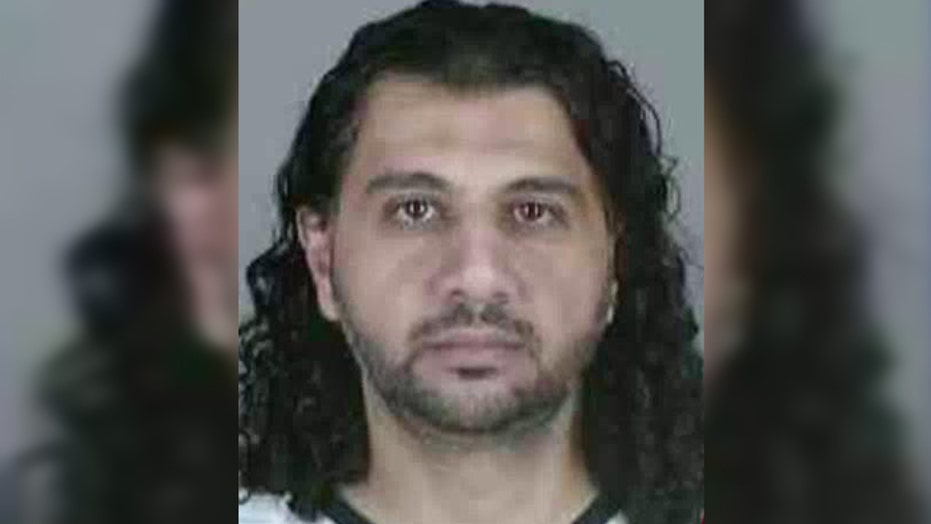 A 44-year-old New York man, who was once accused of threatening to behead his daughter, twice journeyed to Turkey with the intention of joining ISIS, according to the Department of Justice.

Lackawanna resident Arafat M. Nagi could face up to 15 years in prison and a $250,000 fine for and attempting to provide the terrorist group material support and resources

“Unfortunately this is yet another occasion when the worldwide fight against international terrorism has returned to Western New York,” U.S. Attorney William J. Hochul Jr. said during a press conference on Wednesday.

Nagi was first identified to the FBI by “a person previously convicted of terrorism offenses who is cooperating with the government,” according to the DOJ complaint.

Members of the Lackawanna community reportedly told authorities that “Nagi espoused violent jihad and constituted a threat to those in the United States,” Hochul said at the press conference.

Wednesday's arrest was not Nagi's first brush with law enforcement.

Nagi was charged with menacing in the 3rd degree and criminal possession of a weapon in the 4th degree after he allegedly threatened to shoot and behead his daughter, according to a posting on the Lackawanna Police's Department's Facebook page incident blotter. The confrontation began when Nagi allegedly threatened her daughter and a friend, pulling his car alongside the pair and displaying a large knife. When Nagi's daughter went inside to call police, Nagi allegedly made the beheading threat. Officers responding to the call later found a knife in Nagi's vehicle.

Nagi allegedly first tried making contact with ISIS when he travelled to Turkey in October 2012. He returned to the U.S. after just one day, however, due to a gallbladder infection.

His next trip, in August 2014, lasted nearly two months, according to the DOJ. Before the trip, Nagi purchased numerous military combat items, including body armor, a Shahada Flag, combat boots, a hunting knife, machete and night vision goggles. He stayed for 10 days in Instanbul before making his way to Yemen.

Nagi was unable to officially join ISIS on either occasion.

Upon returning to the United States, Nagi was interviewed by Customs at the Detroit airport and stated that he did not support ISIS or Al Qaeda.

Those statements are at odds with social media messages he allegedly sent on the WhatsApp application and numerous postings to a Twitter account linked to him.

“Today, this filth has been killed in the state of Hums,” Nagi allegedly wrote beneath a picture of a beheading. “He waged a tougher war against Muslims. It is your paradise, rather, slaughter.”

The FBI informant reported that Nagi told him of future plans to travel overseas again, in hopes of finally making his way to Syria and ISIS. He never got the chance, however, as authorities arrested him.

Nagi appeared in U.S. District Court, where he was ordered held without bail pending a hearing Friday. His court-appointed attorney, Jeremy Schwartz, told reporters it was too early to comment on the charges.

Nagi is a U.S. citizen but authorities did not know whether he was born in this country. A law enforcement truck remained parked outside his house Wednesday afternoon following a raid earlier in the day.

"They swarmed the house," said neighbor Julio Alvarado, who said he was surprised by the accusations against Nagi. "He was helping with the soccer club. It's not like he was a bad guy."