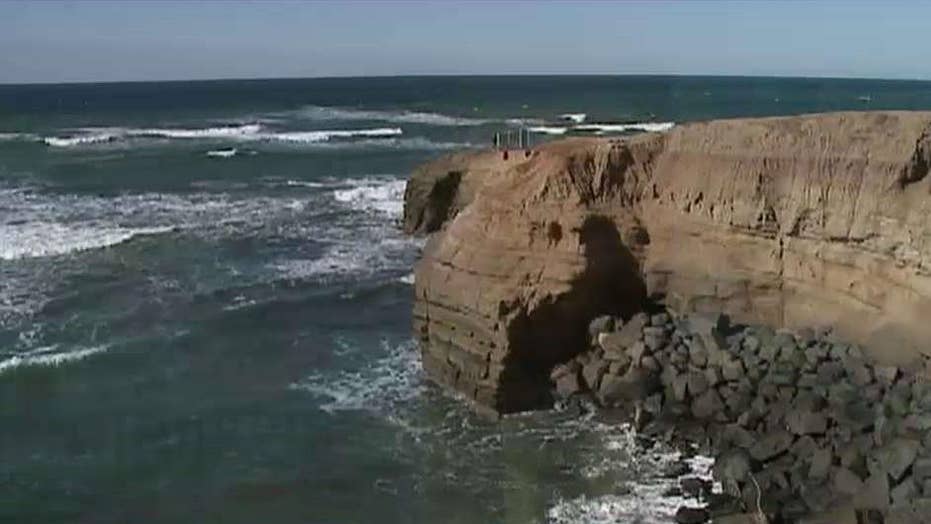 Distracted man falls to his death off California cliff

Witnesses say he may have been distracted by an electronic device

A man who apparently fell to his death when he became districted by an electronic device at a popular San Diego scenic overlook was identified by authorities Sunday as a visitor from Indiana.

Joshua Burwell, 33, of Sheridan, Ind., had gone to Sunset Cliffs, a popular spot to view the sunset, on Christmas Day. Fox 5 San Diego reported that Burwell had trouble finding parking at the site and had gotten out of his vehicle to search for a sport when he tumbled over the edge in front of horrified witnesses.

The San Diego County Medical Examiner's office confirmed Monday that Burwell had died due to "due to signs of trauma" after falling approximately 40 feet onto the rocks.

“Witnesses stated seeing someone distracted by an electronic device and he just fell over the edge,” San Diego Lifeguard Bill Bender told NBC San Diego. “(He) wasn't watching where he was walking, he was looking down at the device in his hands.”

Lifeguards looked for a device but did not find one. They said the device could have been a camera or a phone.

NBC San Diego reported that Burwell's mother, Sharyle, had posted a message on Facebook saying that her son had died while taking pictures. The post added that Burwell leaves behind a son.

After Burwell fell, three people climbed down the rocks to help rescue him and render first aid.

“They acted quickly, they found a way to get down the cliff,” Bender told NBC San Diego. “They put themselves at jeopardy ... They administered CPR to the person in attempt to save a life.”

Thor Wilink, 13, rushed from his home to help when he heard screams and the yelling, NBC 7 reported. The boy heard someone yelling, “Help, please God, save me.”

“After that I heard 'does anyone have rope and a (rappel), and I know because I go to Yosemite, so I grabbed that, went down to the cliffs, and started to untangle the rope," he said.

Bender said users of electronic devices have to be aware of their surroundings.