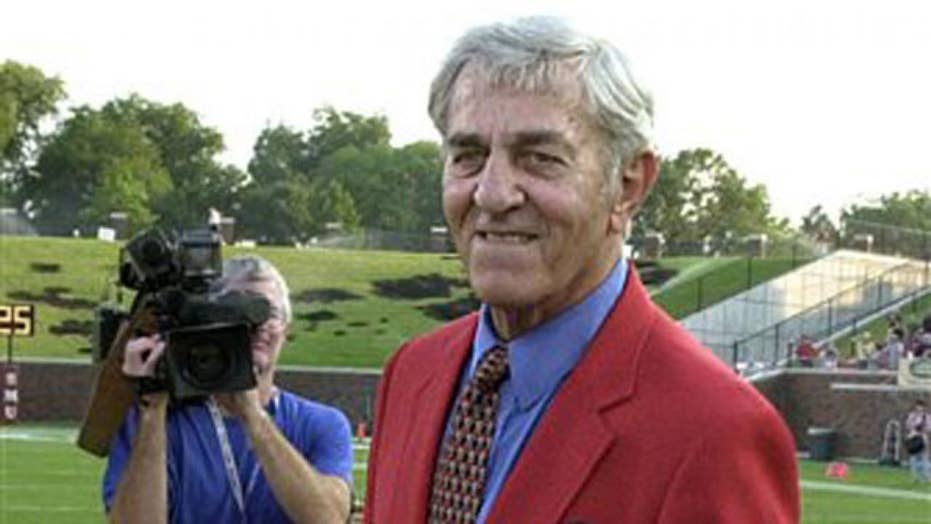 The disabled daughter of legendary football player and sportscaster ‘Dandy Don’ Meredith is at the center of allegations that she faced abuse and neglect since his death.

The daughter of the late legendary football star and sportscaster "Dandy Don" Meredith dealt with abuse and neglect after her stepmother took guardianship of her trust following Meredith's death, relatives said.

Meredith, a former Dallas Cowboys quarterback, "Monday Night Football" commentator and TV pitchman who often referred to himself as "Jeff and Hazel's baby boy," set up a trust to ensure lifetime care for his youngest child, Heather, now 49, who was born with physical and intellectual disabilities.

For years, she has lived in the Stewart Home and School, a private care facility in Frankfort, Ky., the Courier-Journal of Louisville reported.

Things took a turn when Meredith died in 2010, resulting in Heather’s affairs being passed to her stepmother and Meredith’s widow, Susan. Heather’s biological mother, Cheryl King, alleged her daughter lacked personal supplies, had untreated or broken teeth, wore shabby clothing and was restricted from attending school outings and activities.

Susan Meredith, 76, denied any wrongdoing and said the matter was settled amicably.

A state social worker said her guardian “failed to protect her financial interest and medical issues.”

The allegations were later unsubstantiated.

As part of a court settlement, King replaced Heather’s stepmother as guardian and Susan Meredith agreed to add $1 million to the trust. It contained only $300,000 at the time.

“The child was very well taken care of,” Susan Meredith said. “I think everything is fine.”

Cheryl King did not comment on the matter, but a spokesperson said in a statement that Heather was doing well at the Stewart Home and School center, Lexington, Ky.'s WLEX-TV reported.

"Heather is doing really well and is so happy there – they really understand her and look after her," the statement said. "Don agreed that his estate would make sure Heather would always be able to stay at Stewart Home and School — it was a place I know he loved."

The case was never handled criminally.

"That was a dispute between two warring factions about who was going to serve as her guardian to ensure she was properly cared for," said Larry Cleveland, the prosecutor for Franklin County, Ky. "I don’t know that there was a criminal case involved in that. It seemed to be more civil."

"I just wanted to make sure her needs were being met," he added.