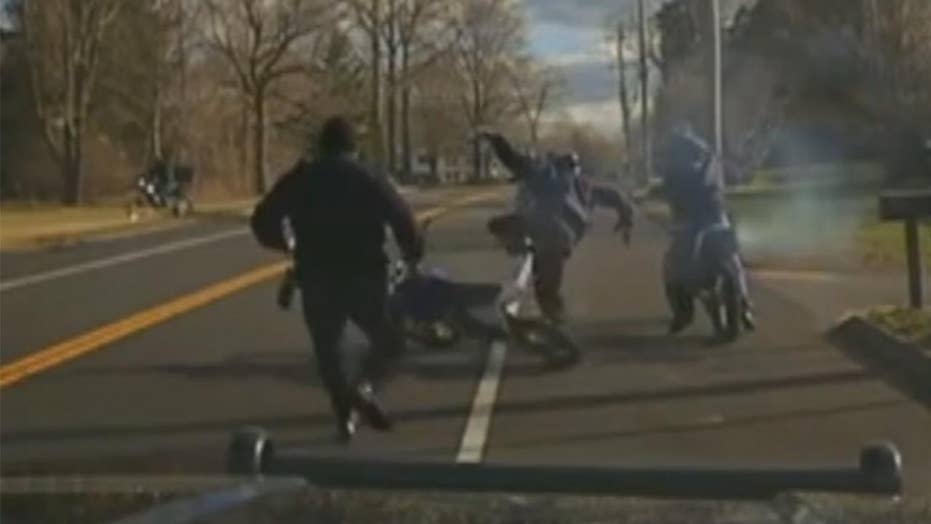 Dirt biker falls off motorcycle, hops on another to flee cop

Raw video: New Haven police searching for group rogue dirt bikers who were riding across lawns and causing chaos according to authorities.

A group of dirt bikers wreaked havoc in North Haven, Conn., last weekend, engaging at least one police officer in a slow pursuit.

In total, six dirt bikes and one quad engaged an unnamed officer with the North Haven Police Department on Sunday “in a slow pursuit on Maple Avenue towards New Haven,” the department wrote on Facebook.

Some of the riders drove the dirt bikes across lawns and caused damage. At one point during the pursuit, “one rider fell off, but quickly jumped onto the back of another dirt bike and fled," according to the police department.

The North Haven Police Department is asking anyone who can identify the riders to come forward.

Kevin Glenn, the detective captain at the North Haven Police Department, was not immediately available for additional comment when contacted by Fox News on Wednesday.