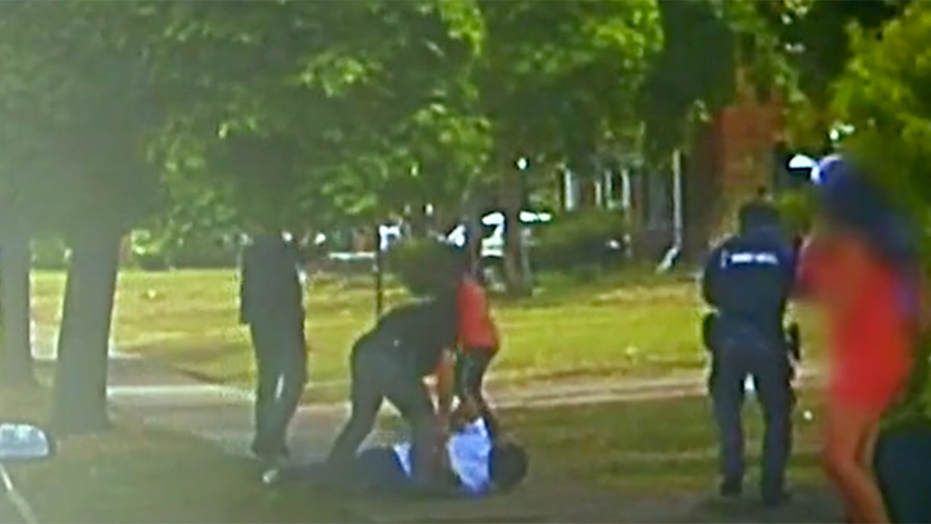 Newly released body and dash-camera footage by Detroit police in a deadly officer-involved shooting shows the suspect fired at police first before officers fatally shot him.

The death of 20-year-old Hakeem Littleton Friday sparked protests throughout the city, but Police Chief James Craig said the video puts rumors that Littleton was unarmed to bed.

Craig said at a news conference following the shooting that Littleton was no more than 3 feet away from officers when he suddenly pulled a 0.25 caliber semi-automatic pistol out of his pocket and began shooting at officers as they faced each other.

Detroit Police Chief James Craig shows a photograph of the handgun used by a Hakeem Littleton, who shot at police officers at close range while they were arresting his friend in Detroit. Officers returned fire and killed Littleton. (Detroit News via AP)

“It’s simply a miracle he wasn’t struck in the head,” Craig said about the officer, who was unharmed.

Officers were investigating a shooting that occurred at a block party during July Fourth weekend and arrested a separate man, Darnell Sylvester, who had an outstanding warrant against him for drug distribution.

Police were not investigating Littleton and were not planning on arresting him for anything but Craig said Littleton, who was standing next to Sylvester during the arrest, said "you are not going to take my man, in other words, take him into custody," before he began firing at police.

"There were eight shots fired in five seconds. Four fired by three officers, one officer fired two shots, and then four shots fired by the suspect," Craig said.

"As Littleton raised the gun in his left hand he was aiming at the head of the officer," Craig added.

Detroit Mayor Mike Duggan bolstered the police's account of the events and commended the chief for releasing the video swiftly, as protesters called to "Defund the police" in the city.

"The video is clear that the officer was suddenly and unexpectedly fired upon," Duggan said on Twitter.

"Public confidence requires citizens to be able to judge for themselves the actions of our officers. I commend Chief Craig for moving so quickly to release the video publicly," he added.

The incident ratcheted up already heightened tensions across the country as protesters decried police brutality and racial injustice stemming from the death of George Floyd in Minneapolis in May.

Protesters against police brutality clash with police during a march near where 20-year-old Hakeem Littleton was killed in a shootout with Detroit police earlier in the day, Friday July 10, 2020, in Detroit. (Nicole Hester/Ann Arbor News via AP)

Protesters outraged by Littleton's death got "very violent," Craig said, throwing bottles, rocks and even a water cooler at officers from the Detroit Police Department's 12th precinct. Officers deployed tear gas to break up the crowd and made several arrested.

"This officer is a hero even though he did not have his gun out. He put his own life in jeopardy when he was being fired upon," Craig said of the shooting incident.

All of the officers involved in the shooting have been placed on administrative leave pending an internal investigation of the case.