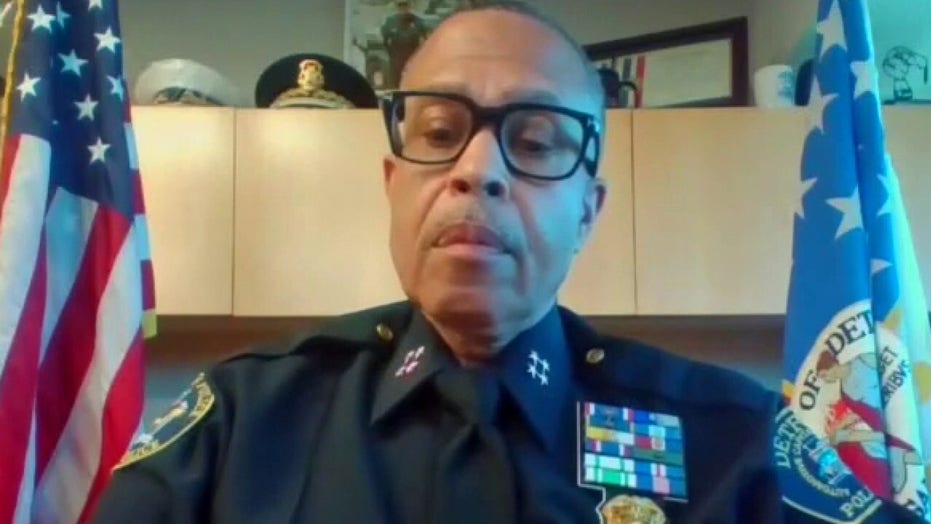 The Detroit Police Department has launched an investigation after one of its cruisers was caught on video plowing through a crowd of protesters that had surrounded it, sending demonstrators tumbling off the vehicle’s hood.

The shocking incident unfolded late Sunday following a rally in the area against police brutality, deportations and other issues, according to the Detroit Free Press.

“He went super fast. Me and a couple of other organizers that were with me, just went flinging off. We went flying off,” Jae Bass, a 24-year-old who claimed to be one of the men seen thrown to the ground in the video, told the newspaper.

“He ran over a couple people's arms, feet,” Bass added. “I think I was the last person on the car. I was just holding onto the car. I could feel him speeding up and then... he flinged (sic) me off the car."

Video of the incident, which has been posted to Facebook and has gone viral, begins with a crowd surrounding the vehicle while chanting, “No justice, no peace!”

As one demonstrator leans on the hood of the SUV – which has its sirens blaring – other protesters move in.

The police cruiser then inches forward before its driver accelerates rapidly, sending some of those on the hood tumbling to the ground.

The SUV then accelerates and brakes multiple times to clear the remaining protesters out of the way. One man is seen clinging onto the cruiser as it races down the street, while repeated screams of, “Oh my God!” can be heard coming from the demonstrators.

The video ends with the protesters running after the vehicle.

Police say the officers in the area were trying to redirect the marching protesters along a faster route back to the park where the rally was held earlier in the day. The scene, they say, escalated after one of the protesters busted out the cruiser’s back window.

“There is this loud crash or bang to the rear of the police car. And again in their mind, as according to our investigation, they believed they could be shot at, or were being fired upon and because of that they had to take quick, evasive action,” Police Chief James Craig told reporters Monday. “When you talk about training, if you run into an ambush situation the proper course is to get out for your safety and that is exactly what these officers opted to do.”

“We don’t know what broke the window – could have been a skateboard, could have been anything,” he added. “But whatever it was, it certainly created enough concern for the officers and their safety and to get out.”

Craig also said no officers were hurt in the incident and that the department wasn't aware of any other injuries.

He also said there were "repeated efforts by at least some of the 25 to 30 [protesters] to gain access to the inside of the car where the officers were located."

Bass, meanwhile, claimed to the Detroit Free Press that police were trying to block the crowd from returning to the park.

He added that he tried to corral protesters around the roadblock and stood in front of the vehicle in hopes of preventing it from moving, out of concern for the other demonstrators.

"In response to that, he just floored it," Bass told the newspaper.