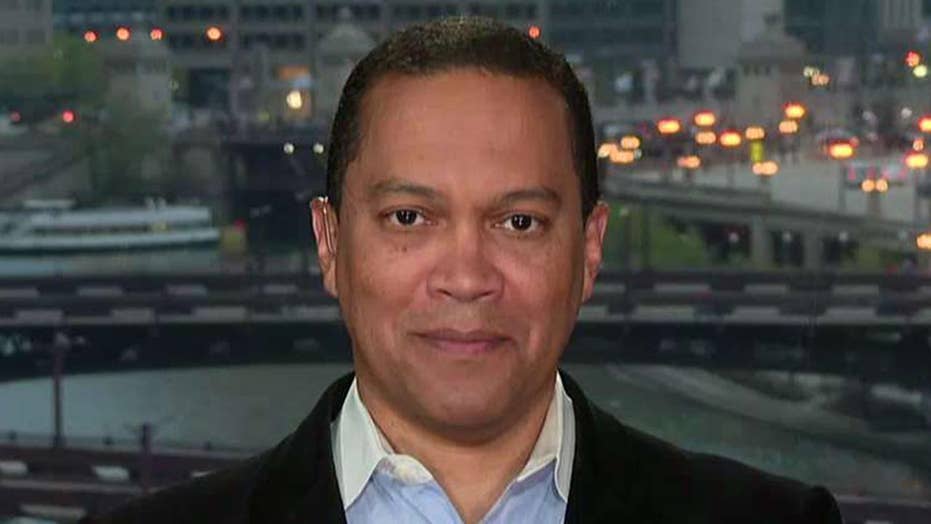 College students, faculty calling for the removal of a professor after he published an op-ed

DePaul University professor Jason Hill speaks out about censorship of free speech and the fallout from his pro-Israel article.

A professor at DePaul University professor appeared on Fox News' "Tucker Carlson Tonight" on Wednesday, saying he “will not be silenced” despite mounting protests from students and faculty at the Chicago school over an op-ed he wrote in defense of Israel.

“I'm being censored," Dr. Jason Hill told host Tucker Carlson, "because I've taken a very positive pro-Israeli stance in a very anti-Semitic culture on college campuses that are pushing for BDS movement and divestment against Israel and I'm a conservative independent who speaks his mind very clearly and will not be silenced."

"BDS" stands for "boycott, divestment and sanctions," and refers to a global campaign by Israel's critics to impact the country economically in hopes of influencing policy changes regarding Israel's Arab and Palestinian citizens.

The professor of philosophy, who has been at DePaul for nearly two decades, wrote a piece last month in the Federalist where he defended Israel, criticized the Palestinian Authority and supported Prime Minister Benjamin Netanyahu’s move to annex the West Bank.

"The Faculty Council passed a resolution condemning professor Jason Hill today by a vote of 21-10-0 with amendments," the DePaulia, the university's student-run newspaper, tweeted Wednesday evening.

Anti-Israeli student groups, including Students for Justice in Palestine, have protested Hill, angry about the content in the article, which he defends.

“And I in that article, aside from defending Israel, I made the point that Israel was the only democracy amidst a bunch of illiberal and primitive regimes that do not respect the inalienability of human rights and individual rights," Hill told Carlson. "And I think students took offense and, individual faculty and people at large took offense at me defending Israel. And defending my right to defend Israel's rights to defend itself against the war that was launched against it in 1967 by Jordan."

Hill has faced death threats since the article's publication and said he needs security to get around campus.

The professor continues to defend himself against accusations.

“The students have claimed that I'm racist, xenophobic, and have called for my removal. That I am an Islamophobe and that I am guilty of advocating ethnic cleansing and genocide, which I have not,” Hill said.