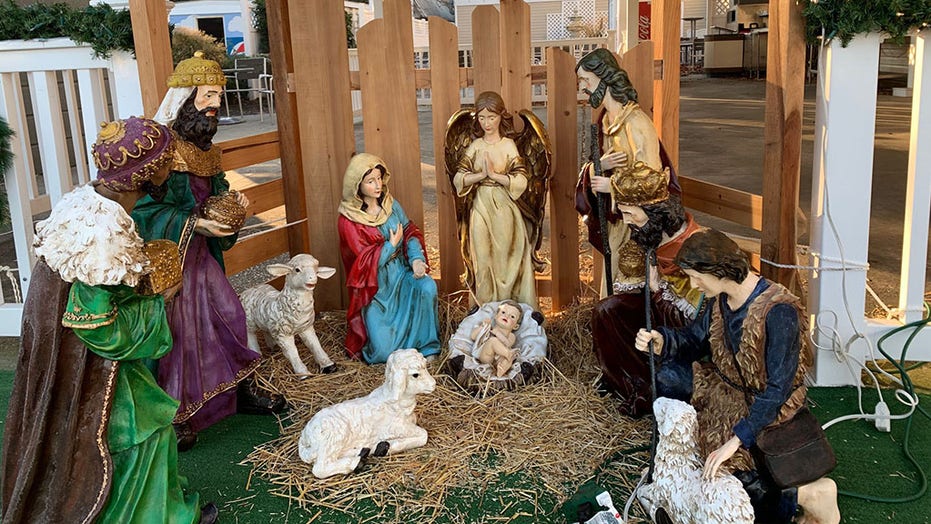 A local Knights of Columbus council in Delaware filed a federal lawsuit Tuesday against the city of Rehoboth Beach for banning its Nativity from the bandstand on the boardwalk.

The Knights chapter, affiliated with St. Edmond Catholic Church and represented by First Liberty Institute, Jones Day, and Morton, Valihura & Zerbato, LLC, is claiming religious discrimination after the city prohibited all religious holiday displays beginning in 2018, according to the lawsuit.

“The Knights of Columbus simply wants to continue a beloved tradition of this town,” Roger Byron, First Liberty senior counsel, said in a statement to Fox News.

The Knights of Columbus council affiliated with St. Edmond Catholic Church displayed this Nativity scene until the city of Rehoboth Beach banned it in 2018 from public property. (Courtesy of First Liberty Institute)

The Knights said they aren't aware of any complaints made since the 1930s, when the Nativity scene started being displayed in the Rehoboth Beach community. They claim the city unfairly has a holiday scene organized by a private organization with a Christmas tree, holiday lights and a Santa House, all of which were with the Nativity before it was banned in 2018.

“It is perfectly lawful to have a crèche on public property, and blatantly unlawful to ban it," Byron added.

The city's compromise was to move the Nativity to leased property a half-mile from the display at the Bandstand Circle, upsetting locals, including Crabby Dick's Restaurant, which put up the sign: "Wake up Rehoboth Beach (sic) Jesus is the reason for the season," The Daily Times reported.

When the controversy arose again in December, Mayor Paul Kuhns told the local news the city is being inclusive and won't be changing the policy anytime soon.

“I think from the perspective of the city it’s easier to not have anything and allow on any kind of private property any kind of display that anybody would like to do,” Kuhns told WMDT.