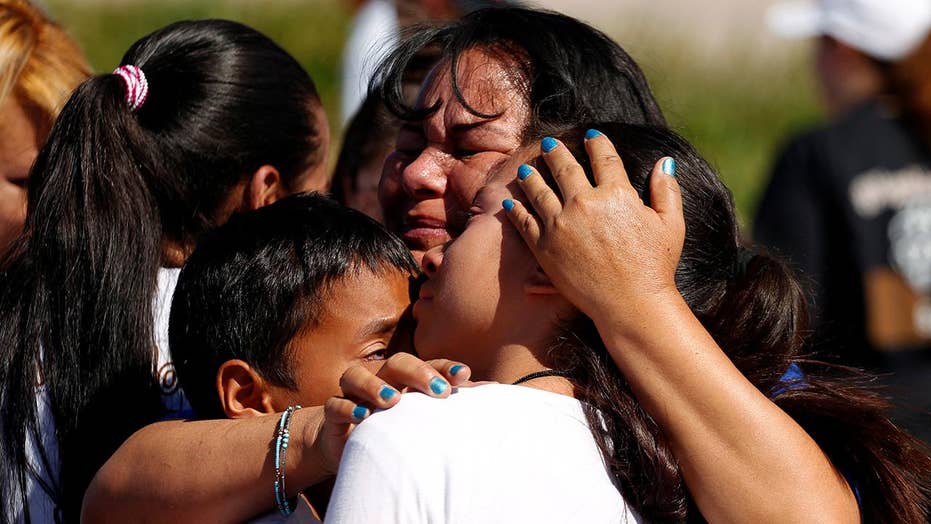 The debate over what to do about children stopped at the U.S.-Mexico border who were attempting – alone or with a parent – to cross illegally has reached fever pitch in recent days.

On Thursday, some 300 people attended a rally in Texas to protest the separation of children from parents who are arrested at the Southwestern border when they attempt to illegally enter the U.S. More rallies around the nation were planned for Friday.

About a dozen immigrant rights groups were planning a protest in front of the Department of Justice to, as a press release put it, “denounce the Trump administration's shockingly brutal and cruel treatment of immigrant families at the border and throughout the country as part of its racist agenda.”

The issue kicked into high gear last weekend, when a social media campaign with the hashtag #wherearethechildren trended on Twitter. The name of the campaign is a reference to the 1,475 children who, social media posts and some media stories asserted, the U.S. government had lost track of amid new stricter policies calling for the prosecuting illegal border crossers and placing the children who accompany them under the custody of Health and Human Services’ Office of Refugee Resettlement.

But some have pointed out the reports of the supposedly missing children were a mischaracterization - as was the description of detained minors as a new policy of the Trump administration.

The children for whom the Department of Health and Human Services could not account had arrived alone – from Honduras, Guatemala and El Salvador -- on the Southwest border, and were placed with sponsors, typically relatives already living in the U.S. The 1,475 children were among 7,635 minors the U.S. had placed with sponsors between October and December last year.

He said the sponsors had not responded to calls by the HHS – which he said the agency makes to ensure the families do not need any further services – and speculated that “in many cases sponsors cannot be reached because they themselves are illegal aliens and do not want to be reached by federal authorities.”

Hargan blasted critics who pointed to the unaccounted-for children as an example of the lack of caring by the Trump administration for the minors.

“This is a classic example of the adage ‘No good deed goes unpunished,’” Hargan said, referring to the agency’s efforts of following up with the sponsors.

Those on both sides of the immigration debate noted the Obama administration – faced with a border surge of Central Americans, including thousands of unaccompanied minors -- had supported the detention of children, albeit with their mothers, in the hopes of deterring others from trying to cross into the United States.

Between September 2013 and October 2014, nearly 70,000 people, most of them mothers with children from Central American, arrived at the border. At one point, the administration held more than 1,400 parents and children in three detention facilities in Texas and Pennsylvania.

A federal judge in California ruled in 2015 that U.S. Department of Homeland Security violated a key 1997 settlement that governs the treatment of children who enter the United States illegally, or seek asylum in the country.

The number of Central Americans attempting to cross the border had decreased after that, only to see an uptick again recently, prompting U.S. General Jeff Sessions earlier this month to announce the “zero tolerance policy” for anyone entering the country illegally along the Southwest border.

Mark Krikorian, executive director of the Center for Immigration Studies, which favors strict immigration enforcement, said the administration was justified in taking a no-nonsense approach to the new surge along the border.

“The point here is that this is something that is spinning out of control, and it has to become a priority,” Krikorian told Fox News. “This is an emergency response because it’s an emergency.”

“The advocates for illegal aliens are appealing to emotion,” Mehlman told Fox News. “It’s so blatant, these kids are being placed in the custody of family members in the U.S. If HHS can’t find them, it’s not because they don’t have information about them, it’s because the people who have custody of these kids” are hiding from authorities.

President Trump lit up social media by saying there was a “horrible law” that separates children from their parents after they cross the border illegally. He had said previously that “we have to break up families” at the border because “the Democrats gave us that law.”

But experts note there’s no law mandating that parents must be separated from their children, and it’s not a policy Democrats have pushed or can change alone as the minority in Congress.

Advocates for more flexible immigration policies, on the other hand, say the U.S. government must do more than respond punitively to the growing number of Central Americans approaching the border.

Jacinta Ma, director of policy and advocacy for the National Immigration Forum, said the U.S. should implement alternatives to detention, especially in cases when parents come with children.

Ma said children also should be provided legal counsel, adding it would lead to more of them appearing for scheduled court hearings. The HHS says only about three percent of minors who arrive at the border unaccompanied show up for hearings. Ma says 90 percent of children who have legal counsel show up at court.

“We need to minimize our policies that lead to the separation of children from their parents,” Ma said to Fox News. “Separation has a devastating impact on children.”

“We need to help Central American countries address their problems,” she added. “Conditions in Central America are so dire, it makes people want to leave and make this [dangerous] journey.”