The fate of a convicted killer in Missouri inmate rests with Gov. Mike Parson, who must decide if the risk posed by Russell Bucklew's unusual medical condition is grave enough to halt his execution.

Bucklew, 51, is scheduled to be put to death Tuesday evening for killing a man during a 1996 crime spree that started with his girlfriend breaking up with him on Valentine's Day.

He suffers from cavernous hemangioma. The rare disease causes blood-filled tumors in his head, neck and throat. A permanent tracheostomy in his throat helps him breathe. His attorneys say in the clemency request that if one of the throat tumors bursts, Bucklew could suffer an excruciatingly painful death.

"These unstable tumors are highly likely to hemorrhage during the stress of the execution, causing Russell to cough and choke on his own blood," the clemency request states.

Bucklew's girlfriend, Stephanie Ray, left him on Valentine's Day in 1996. Over the next few weeks, according to court records, he harassed her, cut her with a knife and punched her in the face. Ray feared for her life and the lives of her children, so she moved into the Cape Girardeau County mobile home that her new boyfriend, Michael Sanders, shared with his children.

On March 21, after stealing his nephew's car and taking two pistols, handcuffs and duct tape from his brother, Bucklew followed Ray to Sanders' home. Sanders confronted Bucklew with a shotgun inside the home. Bucklew fired two shots, one piercing Sanders' lung. He bled to death.

Bucklew then shot at Sanders' 6-year-old son and missed. Court records say he struck Ray in the face with the pistol, handcuffed her and dragged her to his car. He later raped Ray before heading north on Interstate 55.

A trooper spotted Bucklew's car and eventually became engaged in a gunfight near St. Louis. Both men were wounded. Bucklew later escaped from the Cape Girardeau County Jail. He attacked Ray's mother and her boyfriend with a hammer before being recaptured.

The U.S. Supreme Court in April gave the go-ahead for Bucklew to be executed, so court appeals appear to be exhausted. 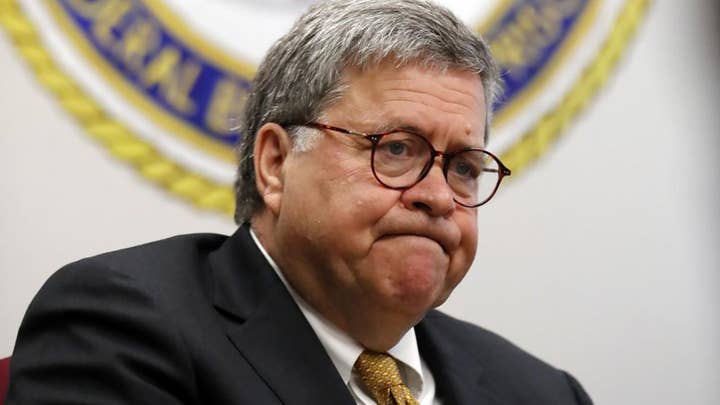 The execution would be the first in Missouri since January 2017.

Missouri uses a single dose of pentobarbital as its execution drug but refuses to say where it gets it. The source is believed to be a compound pharmacy since large pharmaceutical companies prohibit the use of their drugs in executions.

It wasn't known if the Missouri Department of Corrections planned any extra precautions to address the risk that Bucklew could suffer, in violation of the Eighth Amendment to the U.S. Constitution. A spokeswoman for the department said aspects of the state protocol are confidential, including what medical personnel are involved.

Bucklew was within hours of execution in 2014 and again in 2018 , only to get reprieves from the U.S. Supreme Court amid concerns about whether he might suffer.

Human rights groups and death penalty opponents, including all four Roman Catholic bishops in Missouri and the American Civil Liberties Union, have urged Parson to intervene. The ACLU and Missourians for Alternatives to the Death Penalty presented the governor's office on Thursday with petitions that they say had more than 57,000 signatures.

Shortly after the 2018 reprieve, Bucklew contracted meningitis, requiring insertion of the tracheostomy tube, said one of his attorneys, Jeremy Weis. The tube is narrow and could fill with blood if the tumors burst, Weis said.

In 2017, the execution of twice-convicted killer Alva Campbell, who suffered from smoking-related breathing problems, had to be halted in Ohio when a usable vein couldn't be found to administer execution drugs. He died in 2018 at age 69.

In 2018, Alabama halted the lethal injection of Doyle Lee Hamm when the execution team had trouble getting the intravenous line connected. Hamm had damaged veins because of lymphoma, hepatitis and drug use.

A doctor hired by Hamm's lawyers wrote in a report that Hamm had at least 11 puncture sites and bled heavily from his groin during the attempts to connect the line.