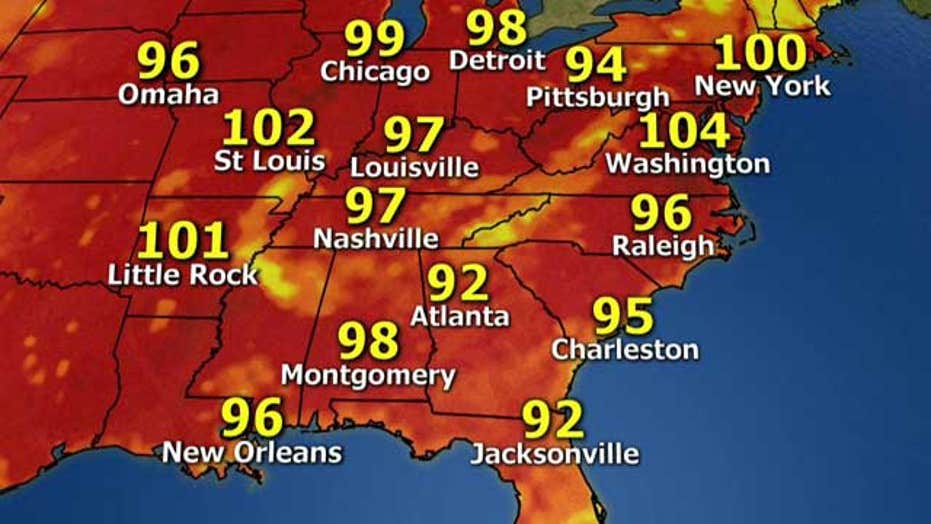 Cooler temperatures are on the way but likely not soon enough for a large swath of the country hit with dangerously high temperatures for days.

Weather Channel meteorologist Chris Dolce told USA Today that a large 'dome' of high pressure in the atmosphere over the Ohio Valley, Great Lakes and Northeast, which is causing the heat.

The relief should arrive Thursday in some regions as a cold front drops south from Canada. But others must wait. New York City is bracing for another day in the high 90s.

Most of the mid-Atlantic remains under a Heat Advisory as the heat wave is expected to last until at least Friday. The heat index could reach 100 degrees on Thursday, according to the National Weather Service, MyFoxNY.com reported. Major cities in the area have opened cooling centers for children and the elderly who are seen most at risk for heat-related health issues.

5 Things To Know About the Heat Wave

The recent extreme heat has resulted in the death of at least one New Yorker who died on July 8 from hyperthermia.

The Boston area could see temperatures reach 100 degrees on Friday. The city will likely hit the upper 90s, MyFoxBoston.com reported.

In Chicago, which has seen areas hit by blackouts, has seen authorities issue a heat warning with temperatures the could reach the mid-90s on Thursday and upper 90s Friday, according to the weather service. The heat index is expected to be from 100 to 108 degrees, MyFoxChicago.com reported.

Cleveland will see temperatures average in the low 90s with dewpoints in the low 70s, and heat indices will range from 98-105 degrees.

Cooler temperatures are likely to sweep through the Midwest and into the Mid-Atlantic and Northeast regions by Saturday. They might be accompanied by severe thunderstorms.

The largest heat wave of the summer has stagnated over large regions, bringing sizzling temperatures from South Dakota to Massachusetts. The worst heat was in the Midwest to Northeast, hot enough to buckle highway pavement in several states.