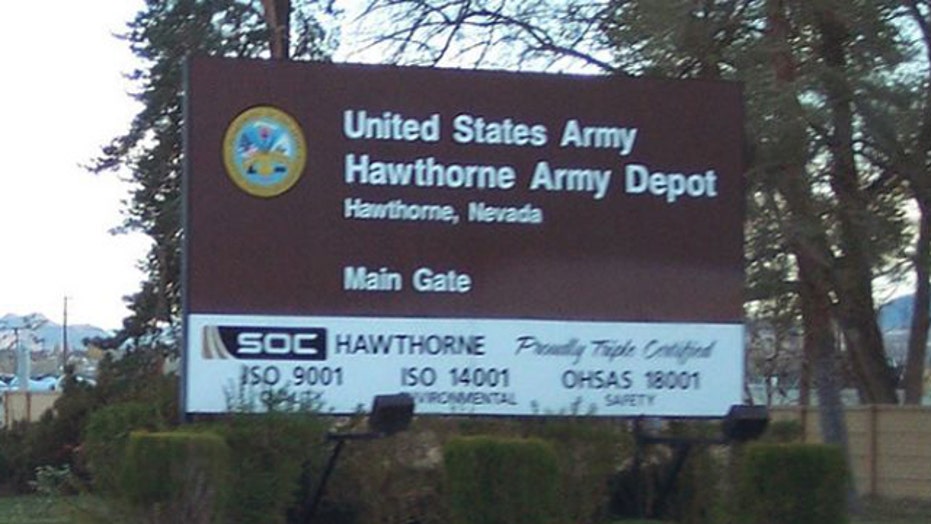 Seven Marines killed after explosion at Nevada military base

A deadly explosion at a military ammunition storage facility in Nevada during a training exercise Monday prompted the U.S. Marine Corps to issue a blanket suspension of 60-millimeter mortars and associated tubes pending a review of the accident.

Seven U.S. Marines were killed and several others were wounded Monday when a mortar exploded prematurely inside its firing tube during mountain training exercises at Hawthorne Army Depot in Nevada, and an eight Marine died Tuesday from injuries suffered in the blast. It's unclear what caused the malfunction.

The accident prompted the Marine Corps to immediately halt use of some mortar shells until an investigation can determine its safety.

The Corps on Tuesday announced a "blanket suspension of 60mm mortars and associated tubes" in effect until review of the incident at Hawthorne is complete.

The 60mm mortar is a weapon that traditionally requires three to four Marines to operate but it's common during training for others to observe nearby.

Eight men were taken to a medical center with injuries, such as penetrating trauma and fractures. One of them died, five were in serious condition, one was in fair condition and another was discharged, said Renown Regional Medical Center spokesman Mark Earnest.

The identities of those killed won't be released until 24 hours after their families are notified.

"We send our prayers and condolences to the families of Marines involved in this tragic incident," said the 2nd Marine Expeditionary Force commander, Maj. Gen. Raymond C. Fox. "We mourn their loss, and it is with heavy hearts we remember their courage and sacrifice."

The cause of the incident remains under investigation. The investigation will focus on whether the Marines followed procedures to properly fire the weapon, whether there was a malfunction in the firing device or in the explosive mortar itself, the official said.

Earlier, Russ Collier, an official at the facility, told KRNV-TV that the explosion was an accident unrelated to the ammunition that is stored at the military facility near the small desert community of Hawthorne.

The 147,000-acre depot, established in 1930, is about 140 miles southeast of Reno. The facility stores and disposes of ammunition, and provides long-term storage for industrial plant equipment. It's comprised of nearly 3,000 buildings — including igloos, supply warehouses and munitions sheds — throughout more than 230 square miles.

Since World War II, when the facility became the staging area for ammunition, bombs and rockets for the war, Hawthorne has held an important place in U.S. military history. The Nevada Division of Environmental Protection said the depot employed more than 5,500 people at its peak. Nevada was chosen for the location because of its remoteness in the wake of a crippling explosion at the government's main depot in New Jersey in the 1920s.

Senate Majority Leader Harry Reid, D-Nev., gave his condolences to victims of the explosion during a morning speech on the Senate floor.

Nevada Republican Sen. Dean Heller tweeted, "Thoughts and prayers are with the families who lost a loved one in the Hawthorne Army Depot explosion. Grateful for their service."

"I am deeply saddened to hear of the incident at the Hawthorne Army Depot this morning," Republican Nevada Gov. Brian Sandoval said in a statement. "The men and women who work and train there put service ahead of self each and every day. Kathleen and I wish to extend our deepest sympathies to those killed and their families. Our thoughts and prayers are with those who have been injured and we pray for their speedy recovery."