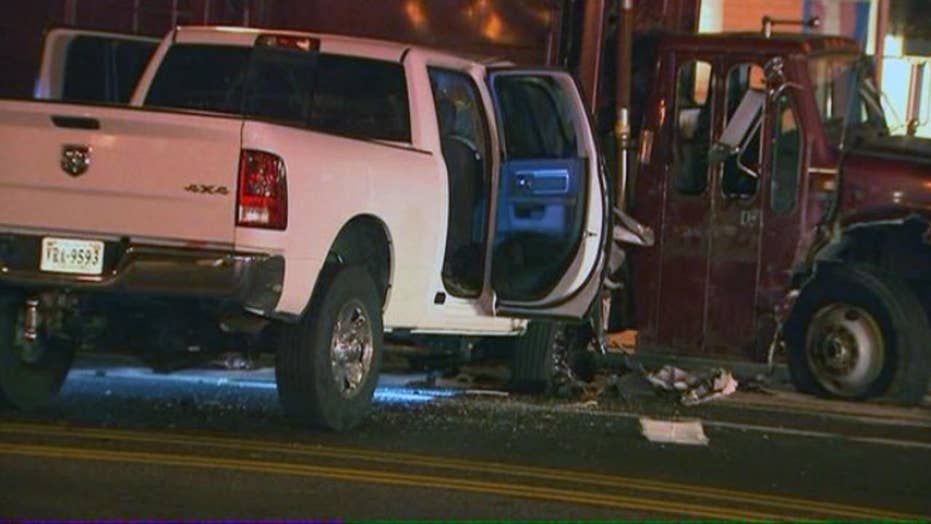 Terror motive not ruled out in DC hit-and-run

Officials found no information that indicated terrorism as a motive in a hit-and-run in Washington, D.C. Thursday night that injured two officers and a transportation worker, police said Friday.

"Right now we do not have any information to suggest this was a terrorist-related event," D.C. Police Chief Peter Newsham said in a news conference Friday. Newsham initially said they were looking "very closely" at terrorism as a possible motive.

The white pickup truck sped into two bicycle patrol officers and a District Department of Transportation employee on 18th Street in the Adams Morgan neighborhood just before 9 p.m., Fox 5 DC reported. Witnesses said one officer was dragged down several blocks before the vehicle then crashed into an unoccupied dump truck. Police later found an assault rifle inside the truck.

Two suspects, Brandon Figures-Mormon, 22, and Dwayne Taylor, 23, were arrested and taken to the hospital. Figures-Mormon was charged with assault with intent to kill. Both men also face weapons charges, The Associated Press reported.