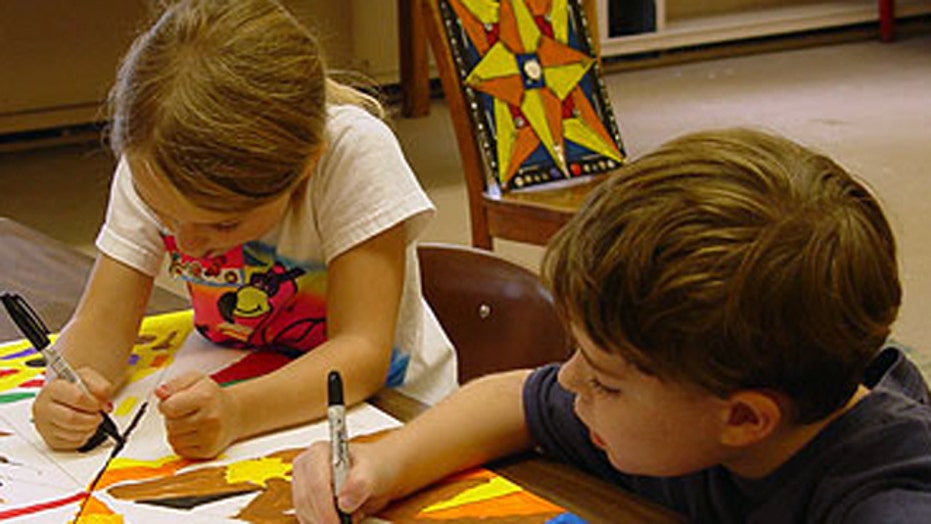 The age of smartphones has left humans with such a short attention span that even a goldfish can hold a thought in its mind longer than a human can, The Telegraph recently reported.

This is especially true of today’s tech-obsessed youth. Teachers relate that they just about have to stand on their heads in order to gain their students’ attention.

“I’m an entertainer. I have to do a song and dance to capture their attention,” Hope Molina-Porter, 37, an English teacher at Troy High School in Fullerton, California, told The New York Times. Though this teacher works with advanced students, she’s still noted a marked decline in the depth and breadth of the written work they submit.

“Are we contributing to this?” Molina-Porter pondered in her remarks to the Times, pondering whether adjustments to lesson plans to accommodate shrinking attention spans are worth it. “What’s going to happen when they don’t have constant entertainment?”

There is no doubt that humans in general have less ability to focus and pay attention. A recent study has shown that the average human attention span has fallen from 12 seconds in 2000 — about the time the technology revolution began — to a current eight seconds. (A goldfish, as mentioned above, can reportedly hold a thought for nine seconds.)

A Pew Internet survey from 2012 (the last time a large attention study was conducted) of nearly 2,500 teachers found that 87 percent believe new technologies are creating an “easily distracted generation with short attention spans.” And 64 percent said today’s digital technologies “do more to distract students than to help them academically.”

“I can’t even express how impactful attention deficits in general are in the classroom,” one sixth grade teacher in Boston, Massachusetts, told LifeZette. “With increasing class sizes, decreased student attention, and the creativity and discipline a teacher has to use day-to-day, the job is overwhelming. Teachers are dropping out of the profession because the stresses, along with increased paperwork and red tape, just make it too demanding.”

Classrooms today contain a mix of distracted kids — some who simply cannot pay attention due to an addiction to technology, and some who have ADD or ADHD and join the class on a structured IEP (Individualized Education Plan).

The first national survey of children diagnosed with ADHD, released in 2015 by the Journal of Pediatrics, found that nearly half of children in preschool were on medication for the condition. (Preschool, yes.)

Add to those numbers all the children who are growing up glued to their parents’ iPad all day long, and it’s a wonder teachers can educate kids at all.

A Washington State kindergarten teacher told LifeZette, "In the last five years, I have seen kids increasingly unable to remove their attention from anything digital that enters the classroom. I believe that so-called educational games and other Internet games are the cause, and because parents think it's 'educational,' they allow kids to immerse [themselves] too deeply. Getting the kids' attention is not the problem. Re-focusing on another activity is."

Miriam Morganstern taught at Lowell High School in Lowell, Massachusetts, for 10 years before quitting recently to begin an educational nonprofit. She said her students' cellphones were just too much competition for her.

"It's pretty hard to compete with a very funny Youtube video," Morganstern told the Boston Globe. "You'll get kids saying, 'I'll look up something for English, and while I'm here, let me quickly check my Instagram or Twitter feed.'"

In March 2015, New York public schools lifted their ban on student cellphones, leaving individual administrators to decide how much they can be used during school hours. Massachusetts has a patchwork of policies; some schools allow the cellphones to be on but silenced during class, while others do not allow cellphones inside the classroom at all.

"My parents will text me to remind me about different papers or homework I have, because I forget to hand things in," one junior at Reading Memorial High School in Reading, Massachusetts, told LifeZette. "They never text about anything other than school during school hours, though."

One mom in Topsfield, Massachusetts, said she can't believe cellphones are even allowed in high school classrooms —and admits she's taken advantage of it for her own benefit. "I hate to say it but I have texted my babysitter [a high school student] while she's in class to see if she's available for an upcoming Friday night. Isn't that horrible?"

On the more encouraging side, 99 percent of Advanced Placement and National Writing Project teachers agree with the notion that the Internet enables students to access a wider range of resources than would otherwise be available, according to the Pew study noted earlier. Sixty-five percent also agree the Internet makes today's students more self-sufficient researchers.

A combination of technology, innovation, and old-school discipline seems to be the key to successful education now and in the future.

"We use iPads in our classroom so the students can make observations or ask me questions during a movie that we're all watching in class, to give a sense of immediacy to their learning," one high school teacher in Massachusetts told parents of 10th graders at an open house last fall.

When a parent asked if that wasn't taking the kids' attention away from fully absorbing the movie, the teacher paused and said, "That's the trade-off, I guess. We are communicating immediately on the topic we're learning about. But will they actually remember the nuances of the film? I can only hope so."