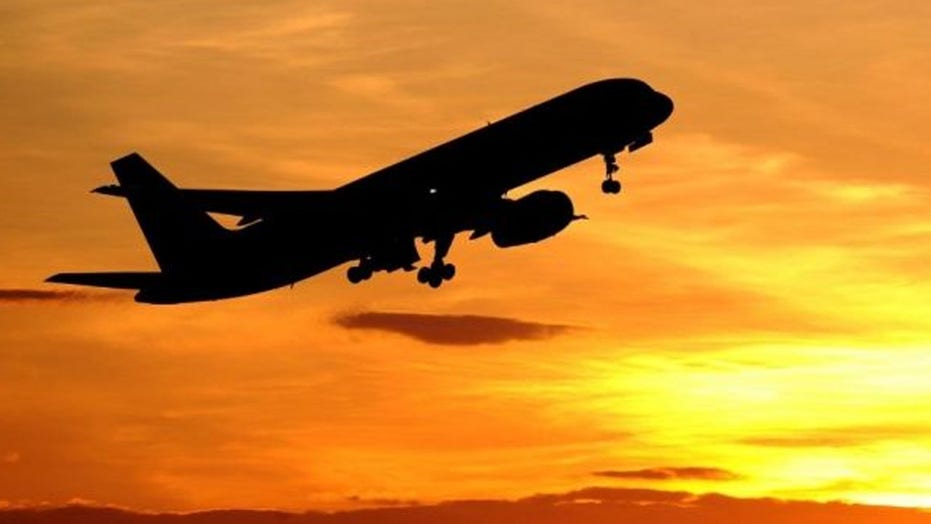 An American Airlines pilot flunked two sobriety tests before a 7 a.m. flight out of Detroit. An Alaska Airlines pilot flew a commercial plane from California to Oregon and back again, all while allegedly drunk. Yet another pilot, from United, allegedly moonlighted as a pimp, running half a dozen brothels out of apartments in Houston, according to authorities.

The cases are enough to frighten the flying public, and are not isolated, according to a FoxNews.com investigation. Documents obtained through a Freedom of Information Act request show that while the overwhelming majority of men and women at the cockpit controls are law abiding and responsible, too many fly – or attempt to fly – intoxicated, and even engage in criminal behavior after they touch down.

"According to FAA data, there is no leveling off or decrease in this trend, in fact drug use seems to be climbing," said Peter Bartos, a retired military pilot with an FAA Airline Transport Pilot license, who reviewed the FAA data for FoxNews.com. “The general public probably has no idea that this abuse is occurring with such regularity at certain airlines.”

“The general public probably has no idea that this abuse is occurring with such regularity.”

Experts say flying in America is extremely safe, and note that of the more than 56,000 alcohol screening tests done by the industry in 2015 for pilots, mechanics, aircraft dispatchers, ground security coordinators, aviation screeners, and traffic controllers, just 119 – or around 0.2 percent - were confirmed at or above the legal limit. Under FAA rules, pilots are not allowed to consume alcohol eight hours before a flight or have a blood alcohol content level higher than .04 percent.

Between 2010 and 2015, FAA records show 64 pilots were cited for violating the alcohol and drug provisions, and in 2015, some 1,546 personnel who must ensure airline safety, including 38 pilots, tested positive for one or more of five illegal drugs.

Still, the idea of any pilot flying high, considering the number of lives at stake, bothers pilots like Bartos.

“It is mind-boggling that on average one U.S. pilot a month is caught trying to fly a passenger aircraft while over the legal limit for flying, which at 0.04 percent, is more restrictive than for driving a car in many states, especially given that they know they are subject to screening,” Bartos said. “It also means that others aren’t caught, since it is not a mandatory test for all pilots on every flight.”

All commercial airline pilots should take a test for alcohol and drug use before every flight, Bartos said.

"One might surmise that all pilots from the problem airlines should blow into a breathalyzer/drug tester before every flight until this trend stops,” he said. “And the airlines should issue them their own breathalyzers so they can know when not to try to report to work.

“Drinking is not illegal, but operating under the influence with an aircraft full of passengers certainly is," Bartos added.

Discipline varies based on the offense, but even in the most egregious cases, pilots can make it back into the cockpit. In 1990, Northwest Airline Pilot Norman Prouse was arrested after flunking a sobriety test following a flight from Fargo to Minneapolis. Prouse, who had reportedly drunk 15 rum and cokes the night before, served jail time but was rehired by by the airline, first at a ground job, then later as a commercial pilot.

The federal agency often moves to revoke the certificates of pilots caught flying with blood alcohol levels above the limit. (FAA)

“Pilots have two certificates, a medical certificate and an airman certificate. In cases such as that, we typically take separate action to revoke their certificates,” Lunsford said. “After revocation, pilots must wait at least one year to reapply and must start over from the beginning, first earning a private certificate, then an instrument rating and so on.”

The FAA opened 1,001 investigations into pilots in 2015, typically sending out warnings to pilots for everything from disobeying the flight tower, failing to comply with an “airworthiness directive,” operating an aircraft in a “careless or reckless manner,” making a “fraudulent or intentionally false statement on any application for a medical certificate” and failing to have an “appropriate and current airworthiness certificate.”

JetBlue pilot Clayton Frederick Osbon, (r.), is escorted by FBI agents after a 2012 incident in which he ran out of the cockpit screaming and terrifying passengers. (Associated Press)

In some cases, commercial pilots have used their travel privileges to orchestrate other crimes, or committed crimes while off duty, and as a result, put their pilot’s certification in jeopardy, according to records reviewed by FoxNews.com.

For example, a United Airlines pilot was apprehended by Texas police March 25 for allegedly running a half a dozen brothels in apartment complexes throughout Houston with up to 60 prostitutes that prosecutors deemed “massive.”

Another commercial airline pilot who holds a U.S. Customs and Border Protection Global Entry Card was arrested Jan 17 at Newark Airport after allegedly attempting to smuggle $195,736 in undeclared currency into the country.

And yet another regional airline pilot was arrested after he was allegedly caught trying to smuggle 60 bags of drugs to Houston from Colombia.

“In certain offenses, such as using an aircraft to transport drugs, the revocation (of the pilot’s certification) can be permanent,” Lunsford said.

The FAA is strict with pilots, experts say, because the “human factor” is one of the main contributing reason for aviation disasters.

“Crashes are rarely caused by a single cause, but they are the effect of several contributing factors: technical, human, environmental, weather, and procedural,” said David Cenciotti, who operates the popular blog The Aviationist, noting  “human error remains the main contributing factor.”

“That's why training, fatigue control, health checks and all that is required to prevent mistakes in the cabin is paramount to improve aviation safety,” Cenciotti said.

“There were only 171 fatalities in commercial aviation over the last 10 years. The second-best region, Eurasia, has 680 fatalities,” Richter said.