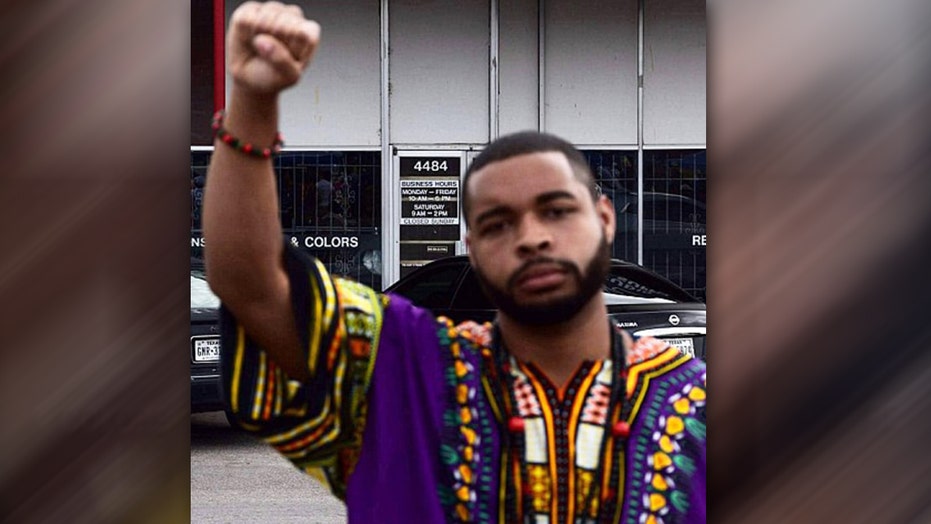 The sniper who killed five Dallas police officers Thursday night as they guarded protesters at an anti-police brutality march was angry about recent shootings by police and “wanted to kill white people,” according to authorities.

The gunman was identified as Micah Xavier Johnson, 25, who was blown up by a police robot while holed up on the second level of a parking garage early Friday morning after negotiations with police broke down.

The murderous rampage was the deadliest day in American law enforcement since 9/11 and prompted President Obama to declare it a “vicious, calculated and despicable attack on law enforcement.”

"We're hurting," said Dallas Police Chief David Brown in a Friday morning news conference. "Our profession is hurting. Dallas officers are hurting. We are heartbroken. There are no words to describe the atrocity that occurred to our city. All I know is this must stop, this divisiveness betweeen our police and our citizens."

Prayers to the families, officers, all affected by this. Good will triumph over this evil. #PrayForDallas pic.twitter.com/npTFAnNvB6

The protest was one of several around the country, prompted by police shootings of black men in Louisiana and Minnesota.

One of the police officers killed has been identified as Dallas Area Rapid Transit Officer Brent Thompson, 43. (LinkedIn)

Brown said the dead suspect told authorities he was angry about police shootings.

The sniper is believed to have fired from a downtown parking garage. (Associated Press)

Initial reports said there was more than one sniper, but at the news conference, Brown indicated the dead suspect may have been the sole gunman. Although he told police he was "not affiliated" with anyone else, three others were being held.

A woman was taken into custody near the garage and two men reportedly seen packing a camouflage bag into a Mercedes before speeding from the scene were apprehended and detained, the mayor said.

A Dallas police source estimated to Fox News that at least 60 rounds were fired over a "large kill zone." The source added that the shooting would have required considerable planning.

The suspect was killed when police sent an explosives-equipped robot into the El Centro Community College parking garage to detonate the bomb after negotiations went nowhere, Brown said, refuting earlier reports that the man killed himself. Before he died, he had claimed that explosives had been set around the city, and much of downtown Dallas was locked down while police searched before determining there were no bombs.

"It's a heartbreaking moment for the city of Dallas," Mayor Mike Rawlings said. "I ask that everybody focus on one thing right now, and that is Dallas police officers, their families, those that are deceased [and] those that are in the hospital fighting for their lives."

Obama, speaking from a NATO summit in Poland, said America is “horrified” over the shootings and asked all Americans to pray for the fallen officers and their families. He renewed his calls for more gun control. 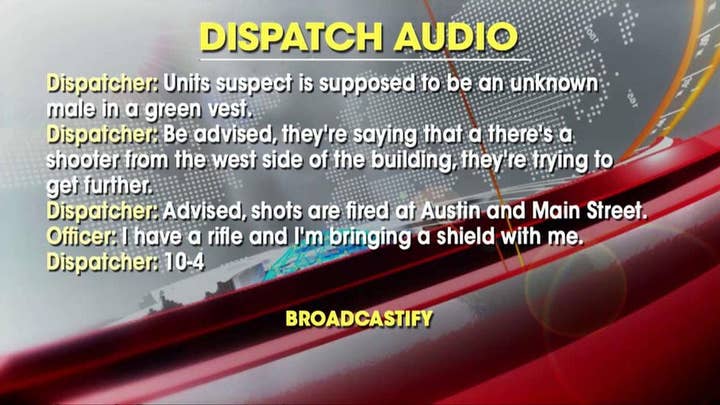 “There’s no possible justification for these kinds of attacks or any violence against law enforcement,” Obama said, hours after a pre-attack speech in which he cited two racially charged police shootings earlier in the week and called for an end to bias in law enforcement.

Witness Carlos Harris told the Dallas Morning News the gunfire was "strategic. It was tap-tap-pause. Tap-tap-pause."

Texas Gov. Greg Abbott released a statement saying he has directed the Texas Department of Public Safety director to offer "whatever assistance the City of Dallas needs at this time."

"In times like this we must remember -- and emphasize -- the importance of uniting as Americans," Abbott said.

The protesters had gathered after a Minnesota officer on Wednesday fatally shot Philando Castile while he was in a car with a woman and a child in a St. Paul suburb. The aftermath of the shooting was purportedly livestreamed in a widely shared Facebook video.

A day earlier, Alton Sterling was shot in Louisiana after being pinned to the pavement by two white officers. That, too, was captured on a cellphone video.

Other protests across the U.S. on Thursday were peaceful. In midtown Manhattan, protesters first gathered in Union Square Park. In Minnesota, where Castile was shot, hundreds of protesters marched in the rain from a vigil to the governor's official residence. Protesters also marched in Atlanta, Chicago and Philadelphia.

Anti-police protests have roiled the nation in each of the last two summers following controversial police shootings, including the 2014 shooting of Michael Brown in Ferguson, Mo., and last April's death of Freddie Gray while in custody of Baltimore police.

A Department of Justice investigation cleared the police officer who shot Brown, and, of the six Baltimore police officers charged in Gray's death, two have been acquitted, one's case was declared a mistrial and three more face trial.

The attack made Thursday the deadliest day for law officers since Sept. 11, 2001, when 72 officers died, according to the National Law Enforcement Officers Memorial Fund.