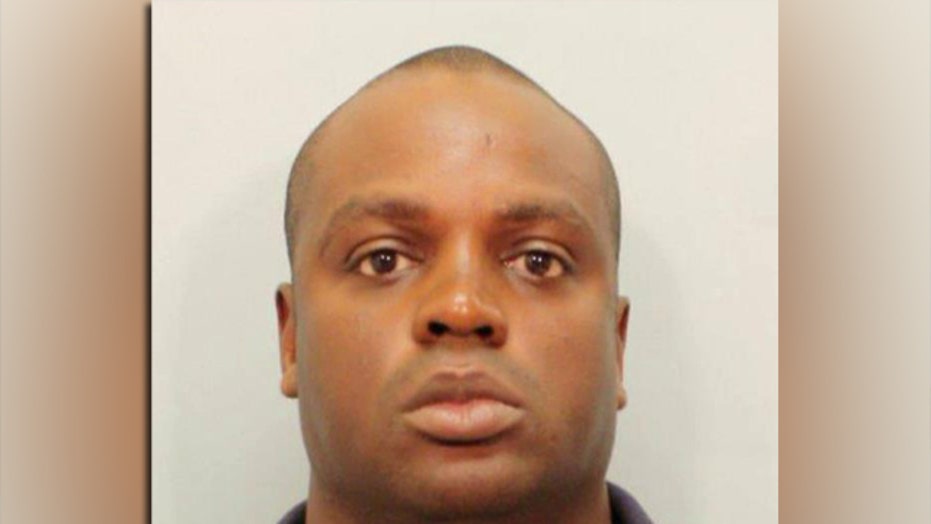 Arraignment for suspect in deadly shooting of Houston deputy

The alleged gunman who murdered a Texas deputy unleashed 15 shots at close range, emptying the entire magazine of his .40 caliber pistol and another bullet loaded in the chamber as he stood over the dead cop, according to Harris County District Attorney Devon Anderson.

Shannon J. Miles, 30, was arraigned for capital murder on Monday morning in the Friday shooting of Deputy Darren Goforth, 47. The large and imposing Miles stood calmly and answered Judge Denise Collins’ questions in a low voice, saying mostly “Yes, ma’am” or “No, ma’am.” Collins twice had to prompt Goforth to address her as "ma'am." The courtroom was jammed with police, who listened as Anderson described video surveillance footage of Goforth’s killing.

A figure identified by cops as Miles is seen on video ambushing Goforth from behind while the officer refuels his car at a gas station. The shooter fires his weapon at the back of Goforth’s head and, when Goforth falls to the ground, the shooter stands over Goforth’s body and unloads the rest of his ammo.

While police were able to immediately identify the shooter’s vehicle as being a red Ford Ranger, they couldn’t make out the license plate. But identifying characteristics, such as a white cooler in the bed of the pickup and a market trailer hitch, helped lead investigators to Miles.

When cops searched the garage at Miles’ home, they found the white cooler and also located a .40 caliber pistol that Anderson said ballistics later determined was the murder weapon. The gun was found loaded with Aguila bullets, the same type as the casings found at the crime scene.

Cops continue searching for a motive in the shooting.

Miles’ mom told KPRC that her son can’t be the killer because the two were out shopping at the time the murder was committed.

"My husband was an incredibly intricate blend of toughness and gentility”

Anthony Osso, one of Miles' defense attorneys, said Miles "indicated to the investigating officers that he was not involved in the case" and was likely to plead not guilty. Osso said he and attorney Charles Brown were appointed Monday and would seek their own independent ballistics report on the gun that police say is the murder weapon.

Osso said he is aware of the comments made by the county sheriff and district attorney regarding tensions between law enforcement and civilians, but did not want to comment.

He said it is "difficult enough to handle these types of cases" and that "we can't let people try to make it a political issue.

His prior criminal record begins in 2005 and ends in 2009. Miles had convictions for criminal mischief, giving false information to the police, resisting arrest, disorderly conduct with a firearm and evading arrest.

Goforth, a 10-year veteran, leaves behind a wife and two children.

"My husband was an incredibly intricate blend of toughness and gentility,” his wife, Kathleen, told KPRC in a statement. “He was loyal...fiercely so. And he was ethical; the right thing to do is what guided his internal compass. I admired this quality, perhaps the most. For that was what made Darren good. And he was good. So, if people want to know what kind of man he was...This is it. He was who you wanted for a friend, colleague, and a neighbor.”