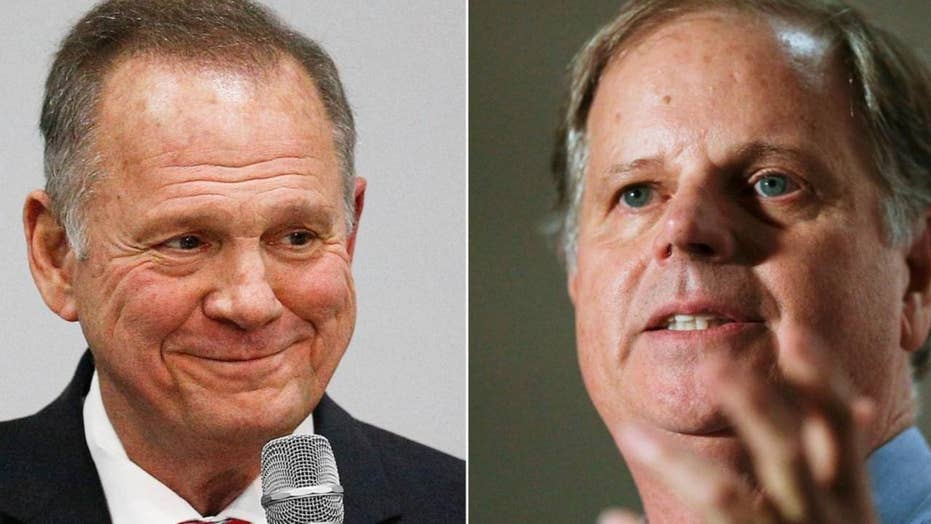 A cybersecurity company that participated in a disinformation campaign against a Republican candidate in the Alabama Senate race reportedly penned a Senate report touted as a “bombshell” about Russian social media operations in the 2016 presidential election.

New Knowledge, a leading firm on Russia related cyber issues, was one of the two firms whose report on Russian activities during the presidential election was published by the Senate Intelligence Committee earlier this month.

The report claims that the Russians troll farms used all social media platforms and even mobile games such as Pokemon Go to influence the election and allegedly sway voters to President Trump.

“The scale was massive,” New Knowledge researchers wrote of Russian disinformation, with the alleged campaign “reaching 126 million people on Facebook, posting 10.4 million tweets on Twitter, uploading 1,000+ videos to YouTube, and reaching over 20 million users on Instagram.”

“Incredible. These bombshell reports demonstrate just how far Russia went to exploit the fault lines of our society and divide Americans, in an attempt to undermine and manipulate our democracy,” wrote Virginia Sen. Mark Warner, the top Democrat on the Senate Intelligence Committee.

But the credibility of the cybersecurity firm took a hit after revelations in the New York Times that it collaborated with another firm, American Engagement Technologies, to replicate those very same alleged Russian tactics during the Alabama Senate race.

The secret effort, dubbed as the “Birmingham Project,” was facilitated by AET, a firm run by former Obama official Mikey Dickerson and funded by Silicon Valley billionaire Reid Hoffman, allocating $100,000 for the project.

Jonathan Morgan, the chief executive of New Knowledge, collaborated with the AET in reportedly creating thousands of fake Russian accounts on Twitter in a bid to give an impression that the Russians are supporting Republican candidate Roy Moore’s candidacy.

Jonathan Morgan, the chief executive of New Knowledge, collaborated with AET in reportedly creating thousands of fake Russian accounts on Twitter in a bid to give an impression that the Russians supported Republican candidate Roy Moore’s candidacy.

The project also involved creating a Facebook page and imitated conservative Alabamians who weren’t satisfied with the Republican candidate while encouraging others to write in another candidate.

"[Birmingham Project] ran a digital messaging operation to influence the outcome of the AL senate race."

The internal report of the Birmingham Project openly states that the group “ran a digital messaging operation to influence the outcome of the AL senate race” between September and December of 2017, according to BuzzFeed.

In a statement on Twitter, Morgan denied the project was aimed at influencing the election, which the Democrat and now-Senator Doug Jones won by 22,000 votes. “I did not participate in any campaign to influence the public,” he wrote, saying the project goals weren't about supporting the Jones campaign.

He also told the Times that the project was “a small experiment” and not an actual political effort against the Republican candidate.

“The research project was intended to help us understand how these kind of campaigns operated,” he said. “We thought it was useful to work in the context of a real election but design it to have almost no impact.”

But the internal report obtained by other publications puts into question Morgan’s claims that the project was really just an experiment rather than a full-blown political campaign.

According to BuzzFeed, Dickerson and Sara Hudson, a former Department of Justice employee who went on to work for another firm funded by Hoffman, spoke at a private meeting in September where they said their secret project managed to suppress Republican votes, energize Democratic voters and plant a “false flag” against the Republican campaign.

The Birmingham Project's internal report also takes credit for the high Democratic turnout and a drop in Republican turnout and said their campaign led to increased votes for write-in candidates.

Jones went on to win against the embattled Republican, who lost the support of the party amid sexual misconduct allegations, becoming the first Democratic senator from Alabama in more than 20 years.

Jones said last week that he is “outraged” over the report and wants a federal investigation over the project.

“I'd like to see the Federal Election Commission and the Justice Department look at this to see if there were any laws being violated and, if there were, prosecute those responsible,” he said. “These authorities need to use this example right now to start setting the course for the future to let people know that this is not acceptable in the United States of America.”

Alabama Attorney General Steve Marshall said his office is looking into the project. Though he didn’t call it an actual investigation, he expressed fears that the scheme could have swayed the election.