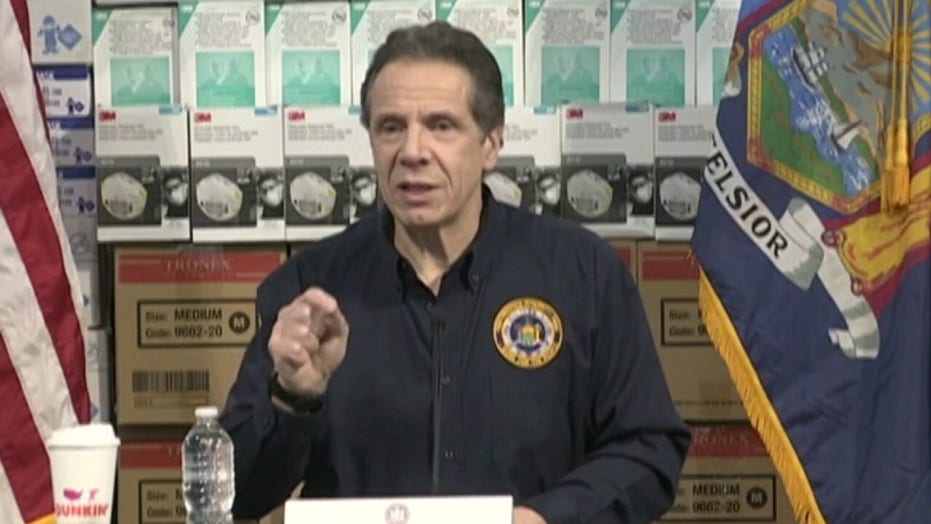 New York Gov. Andrew Cuomo warned Monday the state could move to shut down religious institutions that do not agree to comply with restrictions on mass gatherings during the coronavirus pandemic.

Cuomo, a Democrat, said state officials would take over enforcement of mandates such as building capacity limits, wearing masks and social distancing from local authorities amid a spike in coronavirus cases throughout several neighborhoods. While the governor did not unveil any new restrictions on religious gatherings, he warned that community leaders would have to agree to certain conditions in order to keep venues open.

“We know religious institutions have been a problem,” Cuomo said at the press conference. “We know mass gatherings are a super-spreader event. We know there have been mass gatherings going on in concert with religious institutions in these communities for weeks. I don’t mean little violations – you’re only supposed to have 50, they had 55. I’m talking about you’re only supposed to have 50 outdoors, they had 1,000.”

Cuomo said religious leaders would have to agree to follow existing rules and become “a full partner in the enforcement of the rules.” In one example, the governor said he wanted “someone at the door” to count people entering a religious venue and ensure that the building is no more than 50 percent full, in accordance with state guidelines.

The governor took action at the request of New York City Mayor Bill de Blasio, who sought a shutdown of nine neighborhoods in Brooklyn and Queens with posted coronavirus test positivity rates higher than three percent for seven straight days. During his press conference, Cuomo was critical of members of New York City’s Jewish Orthodox community for holding mass gatherings in violation of guidelines.

“This cannot happen again. If you do not agree to enforce the rules, then we’ll close the institutions down. I am prepared to do that,” Cuomo said.

The governor said he will meet with religious community leaders this week to discuss the situation.

Cuomo was also critical of efforts by local authorities, arguing that their enforcement efforts in hotspot zones to date had “failed.” He noted that New York City took just 26 enforcement actions on more than 1,000 reported violations at bars and restaurants until the state took control of the situation.

He noted that New York’s state police force consists of just 5,000 officers, while the New York Police Department has about 35,000.

In a press conference later Monday, de Blasio pushed back on the notion that the state would have operational control over NYPD officers.

“That is not how it works legally. ... The city personnel work for the city. But we’ll be working in close coordination with the state," de Blasio said.

While Cuomo has been an outspoken critic of groups that have violated directives on mass gatherings and social distancing, recent protests in New York City and other locales have clouded the state’s enforcement efforts.

In June, Cuomo praised protestors who marched against systemic racism following the death of George Floyd even as he called on the protestors to take precautions against coronavirus during the mass gatherings.

“If you're going to protest, protest intelligently,” Cuomo said during a June 3 press conference. “Remember the COVID virus is still out there, so protest intelligently. We're united. We're not black and white, we're not upstate, downstate. We're not red and blue. We are one state. One community and we came together that way. We're disciplined in fighting this COVID.”