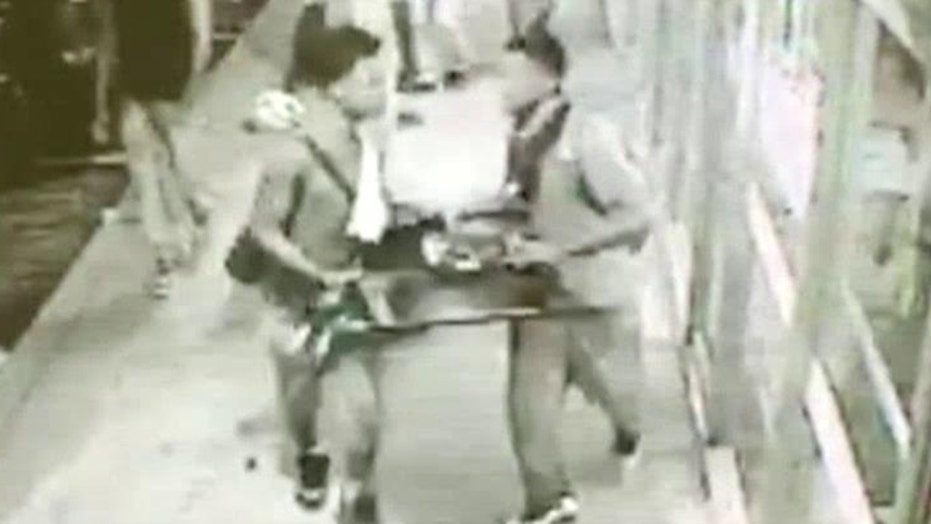 First on OTR: New chaos in Ferguson all over a stolen TV?

Video first shown on 'On the Record' shows shooter in middle of Sunday's protests in Ferguson with others in possession of stolen TV and debating what to do with it. Police believe small 'criminal element' sparked mass chaos

A crowd gathered Wednesday evening to protest the shooting of an armed suspect by Missouri cops, but no mention was made of the 9-year-old girl who had been shot dead by an unknown assailant just seven miles away the night before.

Jamyla Bolden was killed doing homework on her mom’s bed and her mother was also wounded when someone began firing into their Ferguson home around 9:30 p.m. Tuesday night, according to Fox2Now.

Bolden had just returned from a birthday party when shots rang out. Jamyla’s mom, who was released from a hospital Wednesday morning, was wounded in the leg. Jamyla suffered more serious injuries. Her grandmother embraced her, imploring her to continue breathing as police tried in vain to save her.

“I kept holding and holding her,” the grandmother, who did not wish to be identified, told the St. Louis Post-Dispatch. “I still have her blood on my hands. She was still breathing. I was telling her to just breathe.”

No suspect has been arrested or even publicly named, though relatives said they believed police had identified a person of interest and think the gunman probably targeted the wrong house.

“We have to keep thinking about the blessed opportunity we had to encounter her presence,” said Teressa Kindle, Bolden’s teacher at Koch Elementary where Bolden had just begun fourth grade. “Everyone knew her drive for success: academic success, behavioral success, any success – kickball success, jump rope success.”

That sentiment was echoed by her principal, Howard Fields.

“We have a slogan right outside when you come into our building that says, ‘Do better than your best,’” Fields told Fox2Now. “You determine how far you can go, no one else. She is an individual who exemplified that every single day.”