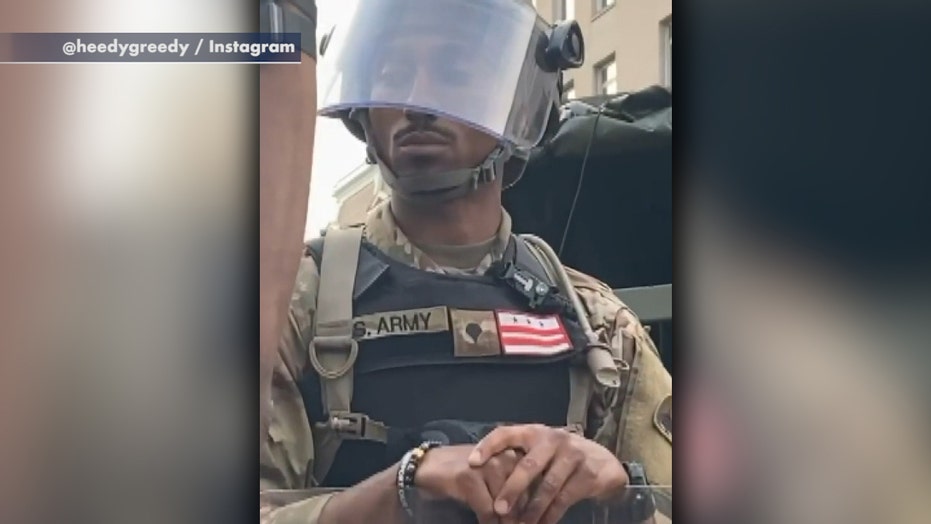 Raw video: Member of D.C. National Guard appears to chant along with protesters at demonstration in the nation's capitol.

The founder of CrossFit is apologizing for a Twitter post he made about the racial inequality protests following the May 25 the death of George Floyd. His apology comes after Reebok cut ties with his company.

On Saturday, the Institute of Health Metrics and Evaluation tweeted: “Racism is a Public Health Issue.”

In a response, also on Twitter, CrossFit founder and CEO Greg Glassman said, “It’s Floyd-19,” a reference to COVID-19, the disease caused by coronavirus that has killed 400,000 people around the world this year. Floyd, who was African American, died two weeks ago after a white Minneapolis police officer pressed a knee on his neck for several minutes. The incident was captured on video and has sparked worldwide protests.

Reebok had been negotiating a new contract with CrossFit.

Glassman, through his company’s Twitter account, wrote, “I, CrossFit HQ, and the CrossFit community will not stand for racism. I made a mistake by the words I chose yesterday. My heart is deeply saddened by the pain it has caused. It was a mistake, not racist but a mistake.”

Gyms around the country affiliated with CrossFit also recoiled from Glassman’s comments. Many posting notices on social media that they were ending their affiliation with the fitness company.