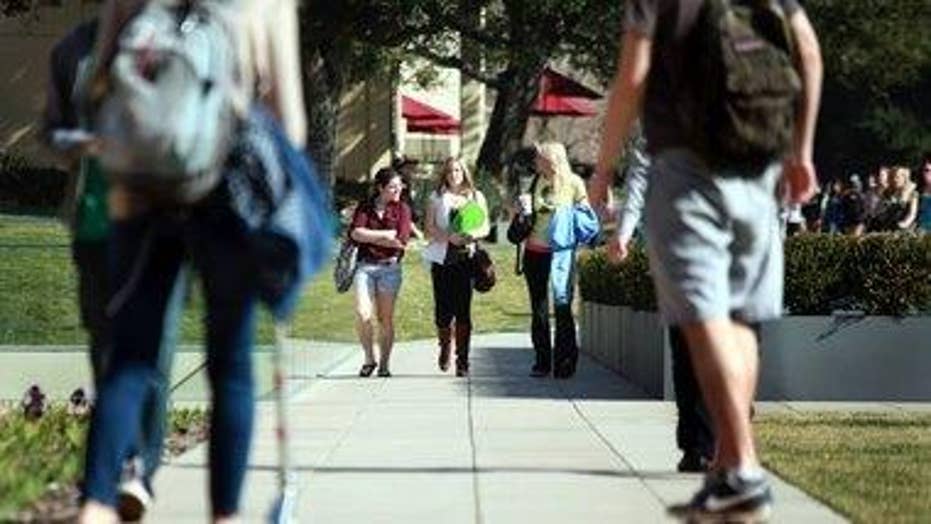 A California university’s decision to put a limit on the number of American citizens it enrolls -- while placing no such restrictions on illegal immigrants who want to attend the school -- is drawing sharp criticism from education activists.

The regents in the University of California system recently instituted Regents Policy 2109 in response to state lawmakers threatening to withhold from the university system nearly $20 million if school officials didn’t cap the number of out-of-state American students. The university's response to the state government’s threat was to limit the percentage of out-of-state American students in the student body to 18 percent on most campuses.

The move is being criticized as discriminatory against Americans.

“The UC system, like many others around the country, is routinely giving preferential treatment to illegal aliens at the expense of American students, many of whom are attending at great sacrifice of their parents,” Kyle Olson, founder of Education Action Group, told Fox News.

“It is disturbing to know the UC system is not even sure how many illegal students it has enrolled and is enabling by not enforcing our immigration laws.”

The University of California currently has 16.5 percent of its student body comprised of out-of-state students. It’s estimated that there are roughly 3,700 illegal immigrants studying in the UC system.

The regulation, which is known as Regents Policy 2109, was drafted and approved in response to lawmakers in the state threatening to withhold nearly $20 million in public funds to the state college system. (REUTERS/Patrick T. Fallon)

Officials for the University of California say that the school system is simply being consistent with state law.

Olson says the policy may actually hurt the state and its students.

“Ultimately, and ironically, the California government is actually penalizing Californians by not counting illegals as out-of-state students and thus allowing them to, in effect, take seats away from in-state students,” he said.