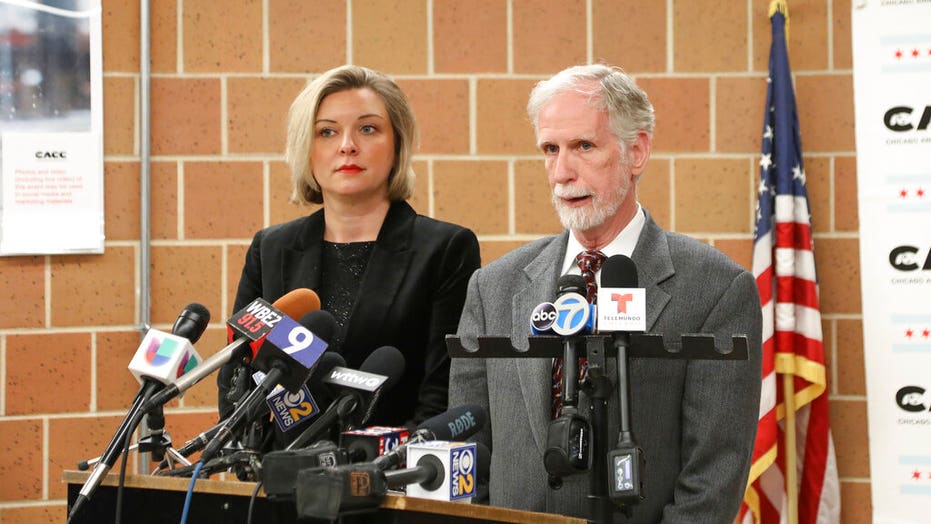 Authorities in Chicago are on the lookout for coyotes which were believed to have attacked a 6-year-old boy and a grown man this week.

The 6-year-old boy was attacked around 4 p.m. Wednesday outside the Peggy Notebaert Nature Museum in Chicago’s Lincoln Park neighborhood.

Dr. Tom Wake, the interim administrator of Cook County Animal and Rabies Control, speaks with reporters in Chicago, Thursday, Jan. 9, 2020, while Kelley Gandurski, executive director of the Chicago Animal Care and Control, stands next to him.  (AP)

Later Wednesday, a man walked into the emergency room at Northwestern Memorial Hospital with a scratch on his behind, police said. He told police a coyote bit him, but wildlife experts could not confirm his account.

The reported attacks come amid an increase in sightings of coyotes in Chicago, including one that briefly prompted the soft lockdown of two schools on Thursday. Neither the boy nor the man who showed up at a hospital with what he said was a coyote bite suffered life-threatening injuries.

Kelley Gandurski, executive director of the Chicago Animal Care and Control, told reporters that officials were confident the animal that attacked the boy was a coyote.

The attack marks the first time in Illinois that a coyote has attacked a human, according to a wildlife biologist with the Urban Coyote Research Project.

While coyotes don't usually bite humans, there have been confirmed minor attacks in other U.S. cities, according to Stan Gehrt, a wildlife ecology professor at Ohio State University.

In Chicago, where the animals have been living for decades after following train tracks and other routes in search of food, coyotes don't just make their dens in parks and nature preserves, but in nooks and crannies around the city, said Chris Anchor, who works for the Forest Preserve District of Cook County.

They will eat "whatever is available," from small mammals and dead birds to fruit and insects, he said.

Gandurski said city and county animal control workers, as well as police and other agencies, are taking part in the search for the coyote that attacked the boy. If captured, the animal will likely be relocated outside the city, she said.