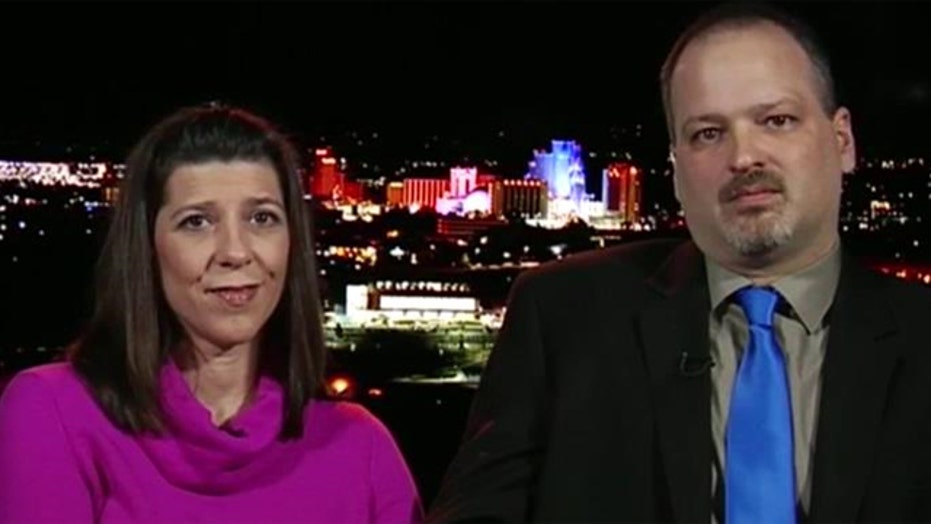 Brian and Valerie Wilson speak out

A Nevada couple were denied their request to serve as foster parents because they have permits to carry guns.

Brian and Valerie Wilson, of Las Vegas, told “Fox & Friends” Sunday that they have always planned to become foster parents and eventually adopt, but have been denied permission to do so because of a state regulation that prohibits the carrying of loaded weapons with foster children.

“I really want a family,” said Valerie Wilson. “It really is heartbreaking because these kids are in institutionalized homes; they aren’t getting the families that they deserve,” she told “Fox & Friends.”

“I really want a family.”

“It’s heartbreaking that they’re not getting the home they deserve,” she said.

“We’re not talking about leaving a firearm around the house,” he said.

The Wilsons said they got the gun permits years ago after they were victims of an attempted home invasion. “We realized that bad things can happen to good people at any time and we need to be responsible,” Brian Wilson said.

Now the Wilsons are fighting to get the law in Nevada changed.

They testified last week before the state Assembly Judiciary Committee to ask lawmakers to approve Assembly Bill 167, which would allow residents to carry loaded weapons on their person or in a car and still serve as foster parents, the Las Vegas Review-Journal reported.

Current rules reportedly require guns and ammunition to be stored separately in secure containers in homes with foster children. The Wilsons’ request for a variance to the current law was denied.

Assemblywoman Olivia Diaz, a Democrat, said foster children are often traumatized. She asked if having them exposed to weapons would be appropriate.

Jill Marano, deputy administrator of the state Division of Child and Family Services, said the agency has fears about the possibility that a child could gain access to a loaded weapon. She opposed the bill in its current form.