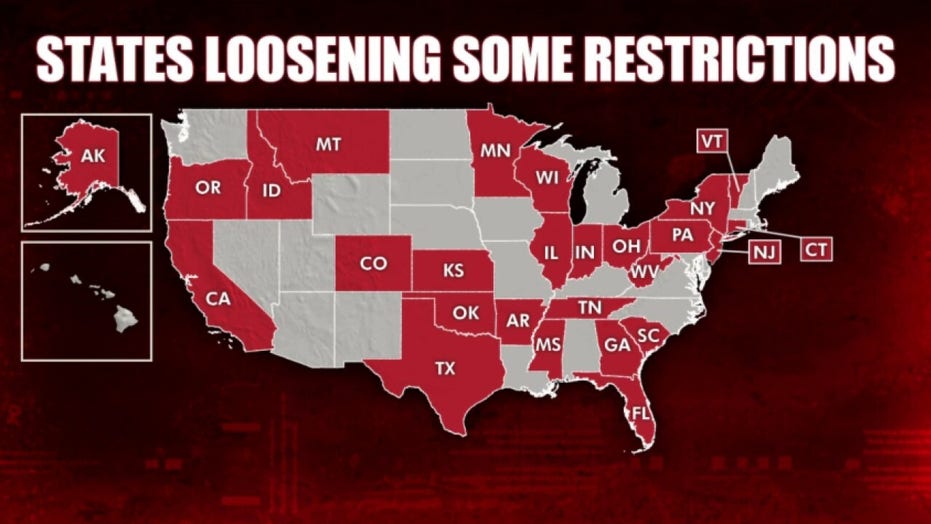 The American economy is shriveling at an alarming rate in the biggest and fastest collapse since the Great Depression. The coronavirus has killed about 60,000 in the U.S. and led to lockdowns and other restrictions that have closed factories and other businesses around the country.

For now, tens of millions of U.S. businesses and laid-off or furloughed workers are hoping for a swift and solid economic rebound.

Amid the shutdowns, the U.S. said its gross domestic product, or output of goods and services, shrank at an annual rate of 4.8 percent in the January-March period, the sharpest quarterly drop since the global meltdown of more than a decade ago.

And the worst is yet to come: The Congressional Budget Office has estimated that the GDP of the world’s biggest economy will plunge at a 40 percent annual rate during the three-month period that ends in June.

That would be, by a breathtaking margin, the bleakest quarter since such records were first compiled in 1947. It would be four times the size of the worst quarterly contraction on record set in 1958.

The GDP report showed that the weakness was led by plummeting consumer spending, which accounts for 70 percent of economic activity. Consumer spending tumbled at an annual rate of 7.6 percent in the first quarter — its steepest decline since 1980. Business investment sank 8.6 percent, with investment in equipment falling 15.2 percent.

Many experts are skeptical the U.S. economy will bounce back quickly later in the year, noting that the virus could flare up again or consumers and employees might be too worried to return to business as usual.

“As companies begin to reopen, they will be in survival mode. That means multiple layers of expense reduction initiatives, which will of course include cutting FT headcount. When the incentives and stimulus programs dry up, what will the demand side look like? With these companies rightsizing their payroll expenses to align with their new post-pandemic demand levels, along with the reduction of FT employees, I strongly expect that non w-2 workers, project-based PT work, freelancers, and consultants will play a larger role in the economy,” Todd Gareiss told Fox News about full time and part time workers.

Gareiss, who received an MBA from Georgetown University’ McDonough School of Business and a Bachelor of Economics from Drew University, is a marketing expert who uses the same strategies and techniques used by leading advertising and PR firms for branding job seekers in the new market.

Todd Gareiss, who received an MBA from Georgetown University’ McDonough School of Business and a Bachelor of Economics from Drew University, is a marketing expert who uses the same strategies and techniques used by leading advertising and PR firms for branding job seekers in the new market. (CareerClout.com)

He told Fox News that it’s unreasonable to expect companies to create more jobs to account for the likely rush of applicants. “Job openings will be determined by the demand for goods and services provided by each industry and company. With the expected glut of applications, it will be a true ‘buyers market’ for those companies that are hiring.”

The latest figures on people applying for unemployment benefits in the U.S. are set to be released Thursday, with economists estimating perhaps 1 in 6 American workers, or about 30 million people, have lost their jobs over the past six weeks.

The U.S. unemployment rate for April will come out at the end of next week, and economists have forecast that it could range as high as 20 percent of the workforce — a level not seen since the Great Depression.

Daco predicted that the recession will cause a drop in output that will be three times the size of the economic decline during the Great Recession, which got that name because it was the worst economic slump since the Great Depression of the 1930s.

“The virus has done a lot of damage to the economy, and there is just so much uncertainty now,” said Mark Zandi, chief economist at Moody’s Analytics to The Associated Press.

Zandi said he thought any prospects for a recovery will hinge on the eventual availability of a coronavirus vaccine. He doesn’t expect the economy to regain its footing on a sustained basis until perhaps mid-2021 — and that assumes that a vaccine would be ready for use by then.

“I would characterize this period as going through quicksand until we get a vaccine,” Zandi said. 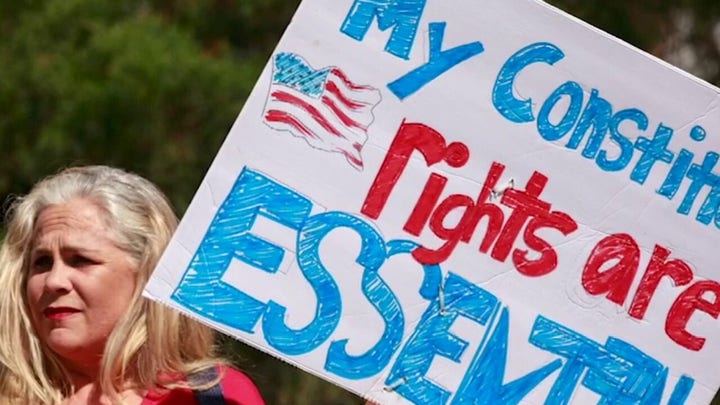 “It all depends on how fast demand ramps back up within each company’s industry. We can expect unemployment to rise significantly, BUT, even with a potential 10 percent- 20 percent unemployment rate there are still 120 million to 140 million jobs that will need to be staffed. People are still going to be hired, labor and brains are still in demand; it’ll simply be that much more competitive,” Gareiss told Fox News.

“The biggest difference we’ll see is that the days of writing your own resume and ‘winging it’ will absolutely be a thing of the past. I suspect those with professionally crafted marketing documents -- resumes, cover letters, LinkedIn profiles -- will get the interviews, and those who truly understand how to convey the value of their expertise and experience -- in person and on paper -- in terms that will resonate loudly with the hiring manager, will be getting the interviews and offers. Effective marketing of human capital will need to become the new normal.”

He concluded: “It’s time to stop thinking about what you did for someone else yesterday and start shifting your thinking to ‘what can I do to help my next employer, tomorrow.’ Show how you reduce expenses, increase revenue, bolster efficiency and productivity, mitigate risk and reduce financial liabilities. Most everything in business rolls up into one of those four items. Does your resume show that? It’s time to take charge of your career, own your job search, outclass competition, adapt and overcome the current economic obstacles and personal fears. We’re America! It's going to be alright, it always has been and it will be tomorrow, next week, the following month and years to come.”