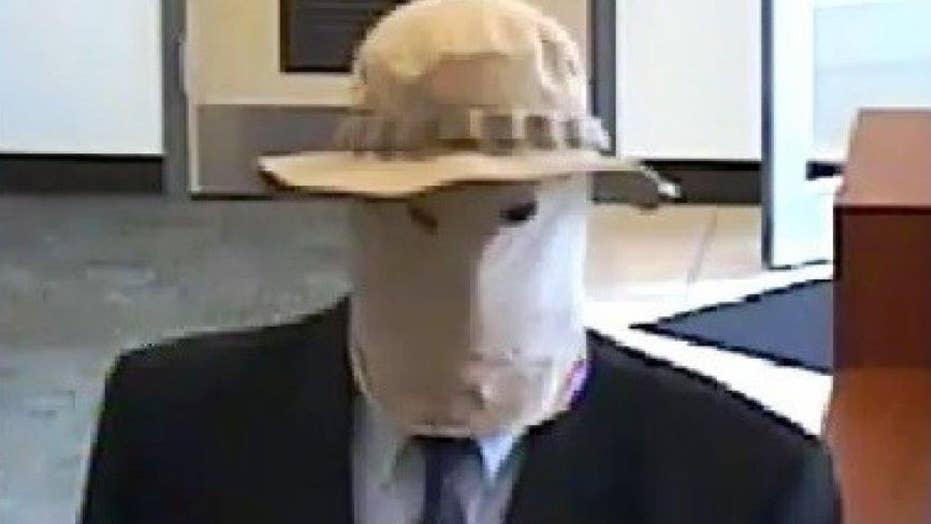 The search is on for a serial bandit. The FBI needs the public's help to find the man who has robbed 10 banks in the Philadelphia area since 2012, and he's no ordinary criminal.

Dubbed the “Straw Hat Bandit” for a previous disguise, now the Montgomery Township Police Department is seeking to identify and locate the man responsible for an armed robbery Saturday morning at a PNC Bank branch in North Wales.

This happened at approximately 10:10 a.m., when the suspect  entered the bank.

Police say he displayed a black semi-automatic handgun, ordered customers to the floor, and demanded money from tellers.

After obtaining an undisclosed amount of cash, the subject fled the area of the bank on foot.

The suspect is described as a white male in his 50s or older, approximately 6’-6’2” tall, muscular to stocky build. He was wearing a dark-colored suit jacket over a light-colored dress shirt and navy tie, dark-colored pants and shoes, and white rubber gloves. He concealed his appearance with a tan hat and a makeshift mask of fabric with eyeholes cut out.