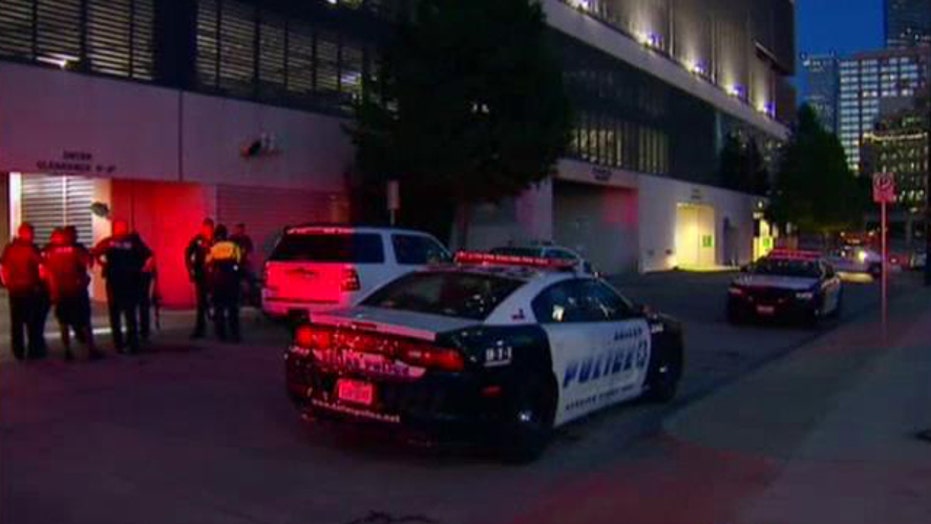 Police have made an arrest in the murder of Kendra Hatcher, the 35-year-old Texas dentist who was gunned down Wednesday in the parking garage of her Dallas building.

Police were led to suspect Crystal Cortes based on grainy security footage showing a jeep with a discolored hood that was seen in Hatcher’s garage at the time of the murder. Police say the jeep followed another car into the garage at the Gables Park 17 apartments and left shortly after Hatcher was shot.

Dallas Police released the vehicle’s image hoping someone would recognize it, and, on Friday, they got the lead they were looking for: Someone went to police headquarters and told officers he loaned his jeep to an individual who then allegedly loaned it to Cortes, Fox4 reported.

Cops said Cortes told them she was given $500 to drive a male accomplice to the garage so he could rob Hatcher. Once there, the male got out, shot Hatcher and stole several items, according to Fox4. Detectives corroborated her statement and she has been charged with capital murder and held on a $250,000 bond.

But the arrest of Cortes, 23, may raise more questions than it answers.

Who was Cortes’ alleged accomplice, the supposed gunman who fired the single shot that killed Hatcher? Was Hatcher specifically targeted, and why? And why would someone allegedly planning a simple mugging -- as Cortes reportedly told police -- pay a hefty $500 fee to Cortes to do the driving?

Hatcher’s aunt, Lisa Soto, told NBC News that Cortes had “some evil in her.” Soto also said she doesn’t believe the murder was the result of a robbery gone wrong.

“That’s just not the way robberies happen,” Soto said. “There was just no reason for a robber to kill her, to get whatever it was they took.”