One of the two police officers shot in Louisville following the decision not to prosecute three Kentucky cops for killing Breonna Taylor pleaded for peace and unity on Wednesday.

He returned to work Wednesday and said "all of us are in this together" and believes if the city and its residents "can't come together to find solutions then we aren't going anywhere."

Gregory and Officer Robinson Desroches were both shot in downtown Louisville. Gregory said when he approached a busy intersection, he turned his back to the crowd that had gathered to give instructions to the officers to move forward, away from barbed wire fences. It was then that he heard gunfire and spun around. Gregory was unable to identify who shot him but said it sounded like 16 rounds had been fired. His hip felt like it was on fire and he realized he had been hit, Gregory said.

The bullet that hit his hip fragmented, leaving Gregory with one entry wound and two exit wounds.

"I'm going to be behind the desk for awhile but hopefully everything goes the way it should, and I don't get any infections," Gregory said. "I'll make a full recovery."

Gregory said Desroches will be on the mend a little longer. Desroches was shot in the abdomen.

Gregory added he holds no ill will toward protesters and said the only person to blame is the man who allegedly fired the gun.

"I don't hold the group responsible for what another person did, but I hold that person responsible," he said. 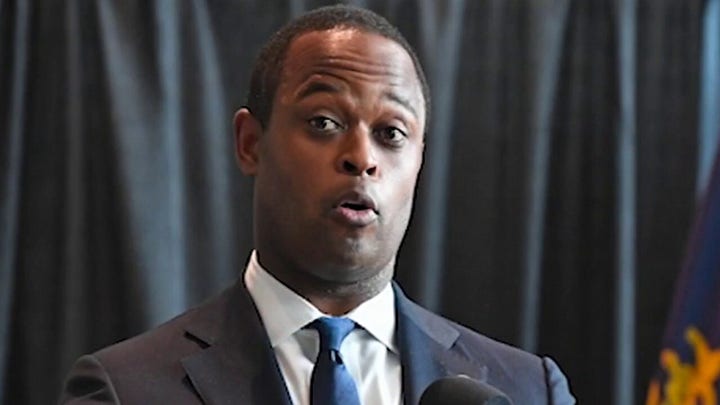 Gregory was shot on the first night of demonstrations in Louisville following Kentucky Attorney General Daniel Cameron's announcement that only one of the three police officers at the center of the Breonna Taylor shooting would face charges. Cameron's office has been given until noon on Friday to release the secret grand jury proceedings in Taylor's case.