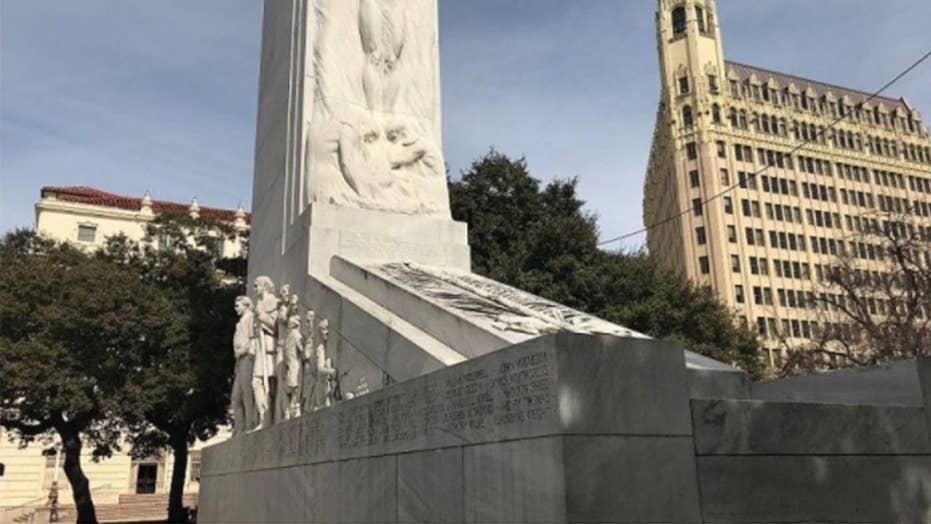 For Lee Spencer White and Frank Hurt, Alamo plaza is hallowed ground. They gather at the Cenotaph, which sits in front of the Alamo, several times a year. The monument, built to honor the Alamo defenders, is more than history for them.

Both have ancestors who died on the 1836 Battlefield.

“Gordon C Jennings. He was an officer in the artillery,” White said as she pointed to his name, which is etched into the monument. She is a fifth generation granddaughter of Jennings.

So, they were upset when they heard about a state and city proposal to potentially move the monument to make way for redevelopment of the Alamo Plaza.

“Right here, on this spot, is where the souls left the bodies of the Alamo defenders,” said White, now the president and founder of the Alamo Defender Descendants Association.

But, Becky Dinnin, executive director of the Remember the Alamo Foundation, said that’s exactly why they intend to preserve the grounds and its structures.

Dinnin said the Alamo master plan – developed by the Texas General Land Office – includes the restoration of the Alamo Church and the Long Barrack, which have been slowly deteriorating. It also aims to build a new museum and ultimately recapture pieces of lost history.

Plans for the Cenotaph have not been finalized. There have been discussions over possibly relocating it outside where the Alamo’s south gate once stood, moving it to the location of one of the funeral pyres outside of Alamo plaza, or keeping it at its current location.

The city, which owns the Cenotaph, will make the final decision.

So far, Dinnin said what’s certain is that the monument will be repaired.

“We have not decided if we’re going to move it or not,” she said.

Richard Tangum, an architecture professor at the University of Texas San Antonio, said he understands the attachment to these historical structures. But, he said, it’s important to be open to change.

“What the project is doing is trying to tell a more complete story. The bottom line to me is that’s what it’s doing,” said Tangum.

Whatever happens, it’s clear: The descendants of those at the Alamo won’t go down without a fight.