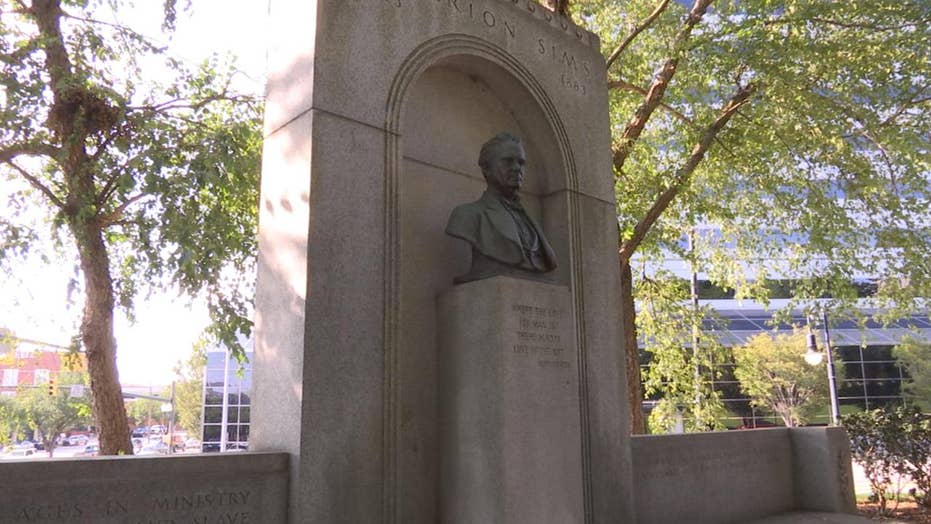 Violence during a weekend protest in Virginia sparked major debates on race across the nation -- and is now igniting conversations about a South Carolina monument memorializing a controversial doctor.

Steve Benjamin, the first black mayor in Columbia, is passionately opposed to a monument on South Carolina's State House grounds honoring Dr. J. Marion Sims, a gynecologist who carried out experiments on female slaves from 1845 to 1849.

“That argument is deeply profound in the South and certainly in the wake of Charlottesville, everyone is talking about it,” Benjamin told Fox News regarding the larger issue surrounding Confederate memorials. “I had mentioned this statue of Marion Sims that I found personally offensive as a husband and father of two daughters. The experiments he had conducted in the 19th century in the name of medicine were torturous, they were despicable and its gone without a great deal of notice."

Benjamin said the monument of Sims should not be displayed in a position of honor in the most traveled intersection in the state of South Carolina.

Sims, famously known as the founder of modern surgical gynecology, developed an operation that helped women who were experiencing a complication during labor known as Vesicovaginal fistula. Eight decades later a statue of Sims was erected by the Women's Auxiliary of the South Carolina Medical Association in 1929.

“This monument speaks to a dark time in our past,” Benjamin said. “If we can find some reasonable dialogue to move maybe this monument, then maybe these other major issues we can really start focusing on together.”

Benjamin is certainly not alone in his position.

Sistrom said debates about public monuments, school curriculum, southern art or literature is something southerners have wrestled with for years.

“There’s misunderstanding, not enough awareness of the complexity of the history," Sistrom said. "Particularly of those who are quick to defend these monuments and claim that any reconsideration of this monument is erasing history -- which it is not.”

Sistrom said it’s important to understand statues are on public property, not in a book or museum.

“If someone takes offense, that’s as relevant as someone that feels pride in seeing a monument or a flag," he said. "After all, the purpose of these monuments is to serve the communities where they are and that purpose can change over time.”

Top state officials, however, are not pushing to remove the statue at this point.

“The #SCHouse will not engage in or debate the specifics of monuments, memorials, state buildings,” South Carolina House speaker Jay Lucas tweeted.

The current controversy comes two years after the Confederate flag displayed on the State House grounds was removed.