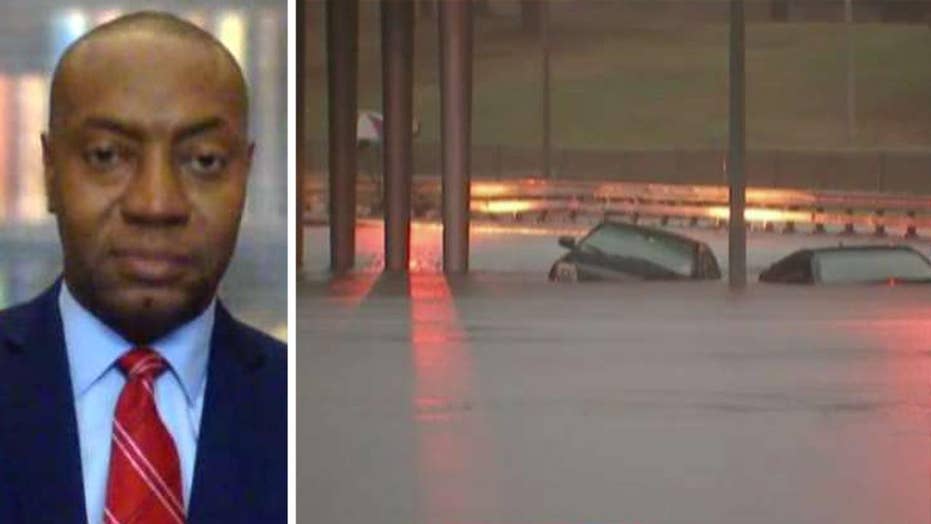 Expert: Harvey may continue to pound Houston area for days

The controlled water release of two major reservoirs has reportedly started Monday and flooding could be worse in some surrounding areas.

The process will likely add more water to already-flooded roads, but is intended to prevent flooding into residential neighborhoods, Fox 26 Houston reported.

Residents living near the Addicks and Barker reservoirs designed to help prevent flooding in downtown Houston, were warned Sunday that a controlled release from both reservoirs would cause additional street flooding and could spill into homes. Rising water levels and continuing rain was putting pressure on the dams that could cause a failure without the release.

The Army Corps of Engineers early Monday started the water releases at the reservoirs ahead of schedule after water levels increased dramatically in a few hours' time, a Corps spokesman said. The timetable was moved up to prevent more homes from being affected by flooding from the reservoirs, Corps spokesman Jay Townsend said. He added that water levels were rising at a rate of more than six inches per hour in both reservoirs.