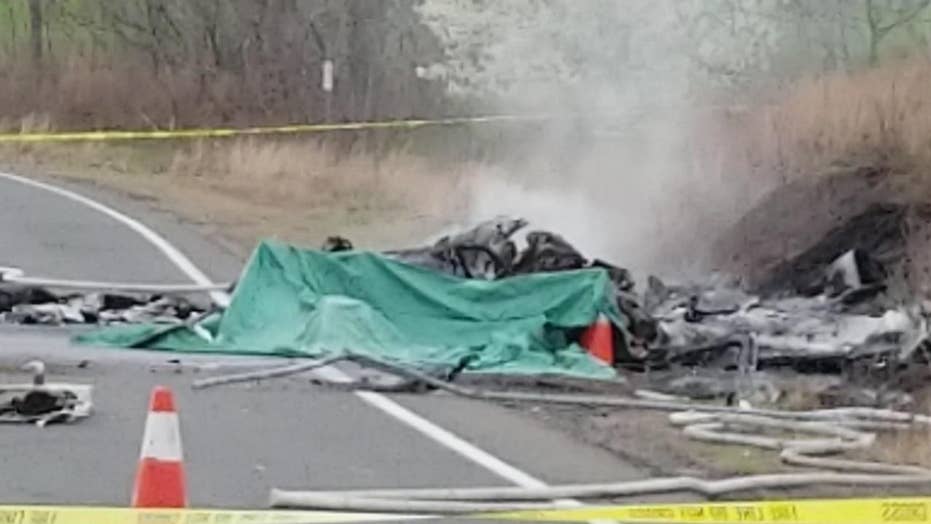 Deadly plane crash on road near airport in Connecticut

A small plane crashed near Meriden-Markham Airport in Connecticut on Monday evening, killing a doctor and injuring his son.

Joseph Tomanelli, 56 was killed in the crash and his son Daniel, 21, was treated for non-life threatening injuries, Wallingford police said.

Police were unsure whether Daniel crawled out of the plane or was thrown from it, but he was found conscious outside of the wreckage.

A Federal Aviation Administration official said that the plane was doing practice takeoffs and landings when the crash unfolded around 6:30 p.m, according to the Hartford Courant. The specific cause was unclear.

The aircraft appeared to be attempting to land when it crashed through a chain link fence and burst into flames, police say.

The FAA and the National Transportation Safety Board were called to the scene of the crash to investigate, Fox 61 reported.

Hartford HealthCare described Tomanelli in a statement as “a well-known and esteemed primary care physician in our community for years and will be tremendously missed.”