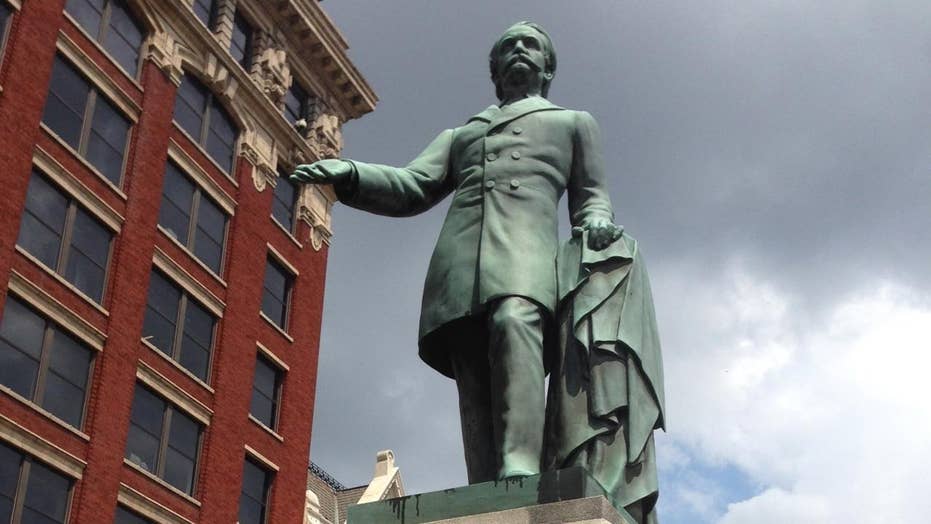 There are reportedly more than 1,500 Confederate place names and other symbols in public spaces throughout the U.S., including monuments, statues, flags, holidays and the names of schools, highways, parks, bridges, counties, cities, lakes, dams, roads, military bases, and other public works.

Also in the group are over 700 monuments and statues, nearly 300 of which are in Georgia, Virginia or North Carolina.

A number of local government officials are calling for the removal of Confederate monuments from public spaces, following the outrage at the deadly violence surrounding a white nationalist rally in Charlottesville, Virginia Saturday that ended with a woman being killed and 19 others wounded after a man plowed his car into a crowd.

The rally was held to protest the removal of a statue of Confederate Gen. Robert E. Lee.

Although the majority of the Confederate symbols are in former Confederate states, there are some in other areas like Kentucky, West Virginia and Maryland. Union States, such as Massachusetts, Pennsylvania and Iowa even have Confederate monuments, as do some states that were territories during the Civil War.

Even 10 U.S. Army bases are named after Confederate officers.

Many of the monuments were built decades after the Civil War, and some have been built this millennium. In North Carolina, 35 monuments have been added since 2000.

At the same time, some Confederate symbols have been taken down over the last couple years.

In 2016, Vanderbilt University renamed its Confederate Memorial Hall, Alexandria, Virginia’s city council passed a resolution to remove a monument to Confederate veterans and Louisville, Kentucky had a 70-foot-tall monument relocated.

Then, in February of 2017, the city of Charlottesville voted to remove a statue of Robert E. Lee and rename the city's Lee Park, where it resided.

Most recently, Baltimore removed all four of its Confederate statues during the night Tuesday.

Anthony McCarthy, Director of Communications for Baltimore's mayor Catherine Pugh, estimated before the removal that it would cost several million dollars.

Now calls from government officials to remove monuments in their hometowns are coming from all across the country. Places like Nashville, Jacksonville and Lexington, where Mayor Jim Gray wrote on his Facebook page “I am taking action to relocate the Confederate statues at the Historic Courthouse. We have thoroughly examined this issue, and heard from many of our citizens. The tragic events in Charlottesville today have accelerated the announcement I intended to make next week.”

In April and May of 2017, New Orleans removed four monuments from the city, causing tense demonstrations similar to, but less violent than, the one that took place in Charlottesville.  According to The New Orleans Advocate, that was at a cost of over $2 million to the city; nearly half was public money. In their case, the report states that over $700,000 was paid to a private security firm that provided “threat assessments,” public safety plans and analysis that included undercover work infiltrating groups on both sides of the issue as well as intelligence gathering through social media monitoring and other methods.