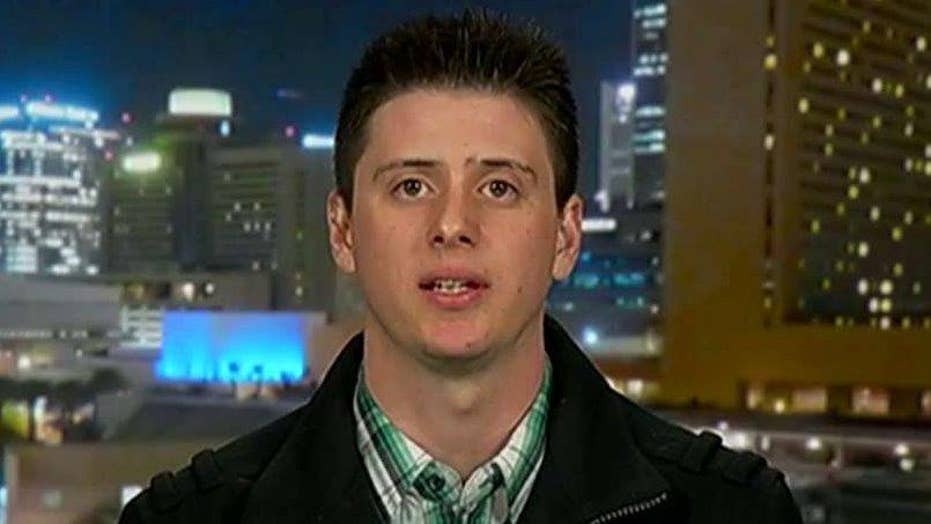 Surprised on 'Fox & Friends' with a new bike donated by Kawasaki

There’s a happy ending for the Arizona Army vet who fought back when the suspect in a high-speed police chase tried to steal his motorcycle.

Thursday's incident, which was captured on live TV, shows Brandon Jenkins, 26, throwing punches at the suspect at a Mesa intersection. The suspect then gives up, gets back in a stolen pickup and drives away, running over Jenkins’ bike in the process.

Jenkins, who served a year in Afghanistan, was surprised on Fox & Friends Saturday with a new motorcycle that manufacturer Kawasaki presented to him as a gift.

“That’s an amazing thing to wake up to in the morning after something so crazy happened,” he said.

The man fleeing police was wanted for questioning in a hit-and-run accident. He was caught after a crash on I-10.