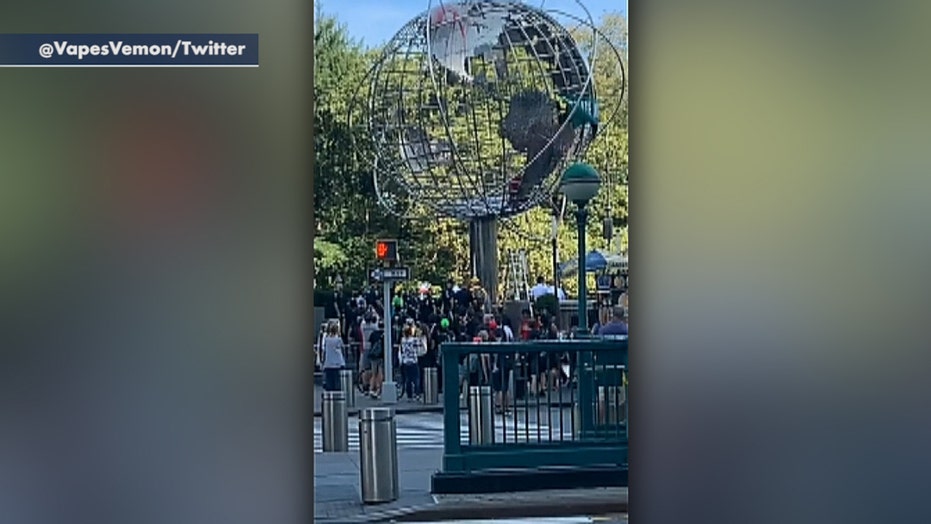 Raw video: Demonstrators reportedly marched through Central Park before climbing the globe in Columbus Circle. Three people were arrested in the incident.

Three climate change protesters have been arrested by police after video showed them climbing the globe structure in New York City's Columbus Circle.

The New York Police Department told Fox News the trio climbed into the globe around 3:15 p.m. Monday, unfurled a banner that read "Climate Justice Now," and poured red paint on top of the statue.

Each was charged with criminal mischief, criminal tampering and criminal trespassing.

Police did not immediately release their names.

The activists marched through Central Park before climbing the statue, WABC reported.

They had climbed the statue in 2018 as well, the station added.

The globe is located just outside of Trump International Hotel & Tower in Manhattan.