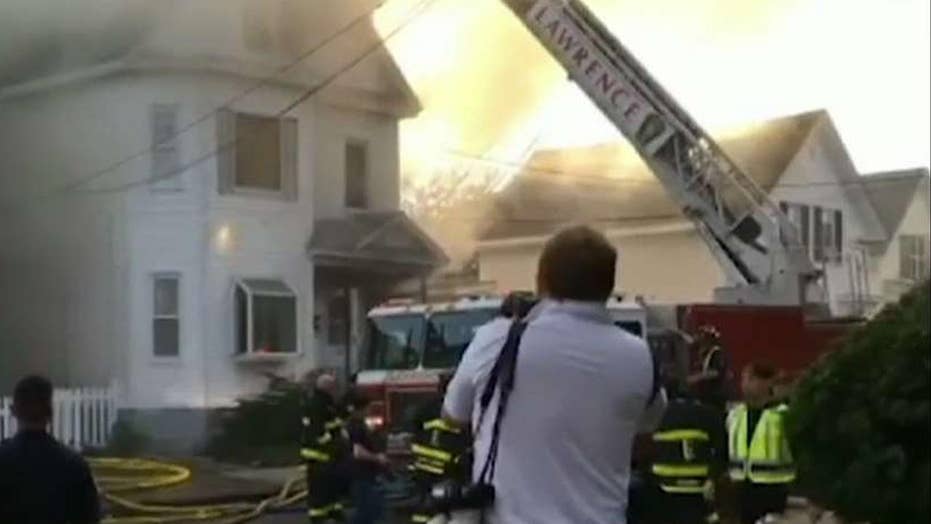 A class-action lawsuit has been filed against the utility that operates pipelines linked to a series of explosions and fires last week that shook three Boston-area suburbs.

The lawsuit against Columbia Gas of Massachusetts and its parent company NiSource alleges the company was negligent and did not invest in its aging infrastructure while building more pipelines, MassLive.com reported.

The suit was filed Tuesday in Essex County Superior Court by law firm Morgan & Morgan and lists Francely Acosta of Lawrence, Mass., as the plaintiff.

Columbia Gas has "the worst record of pipelines in this country,” said Robert F. Kennedy Jr., an environmental attorney representing the plaintiff.

Kennedy said his firm will conduct its own investigation into what caused the blasts, according to WBUR radio.

The explosions in Lawrence, Andover and North Andover last Thursday resulted in at least 70 fires, injured more than two dozen people and killed an 18-year-old Lawrence resident who died after a chimney fell on his vehicle.

Those injured and the family of the man killed, who are expected to be represented separately, are not included in the lawsuit.

Thousands were displaced from their homes, and despite their return over the weekend, they are expected to be without gas and utilities for weeks.

Preliminary investigative reports show over-pressurized gas lines are the believed to be the cause of the disaster. The pipelines were some of the oldest in the country and were in need of millions of dollars in repairs, attorneys argue.

Safety regulators said that pressure in Columbia Gas pipes reached 12 times higher than the systems allow for prior to the explosions, according to MassLive.

The pressure in the gas was 12 times higher than normal, according to a letter from Massachusetts’ senators demanding the utility responsible for the lines comply with federal investigators.

“The federal Pipeline and Hazardous Materials Safety Administration has reported that the pressure in the Columbia Gas system should have been around 0.5 pounds per square inch, but readings in the area reached at least 6 PSI – 12 times higher than the system was intended to hold,” U.S. Sens. Edward J. Markey and Elizabeth Warren wrote in a letter addressed to the two companies.

Lawrence Mayor Dan Rivera called the lawsuit “shameful” and said the company “was living up to its corporate responsibility.”

"I think it's shameful that people are trying to get victims today who are hungry for information and they are preying on these people's desire for information," Rivera said in a news conference. "That needs to stop."

Frank Petosa, head of Morgan & Morgan, said the lawsuit will give his client more options.

"It's never premature to give people the ability to have access to justice and access to information to ensure that if they are asked to sign any form with a corporation that has caused, as this company has, mass damage and destruction, that they understand why it happened, and if they're going to be offered any compensation of any capacity, before they sign that they have an opportunity to understand fully their rights," Petosa said.

"The citizens of this community are hurting, and as a step in the longer process, Columbia Gas would like to announce they will make an immediate 10 million contribution," Bryant said.

The National Transportation Safety Board said it will conduct its own investigation, though that could take up to two years.