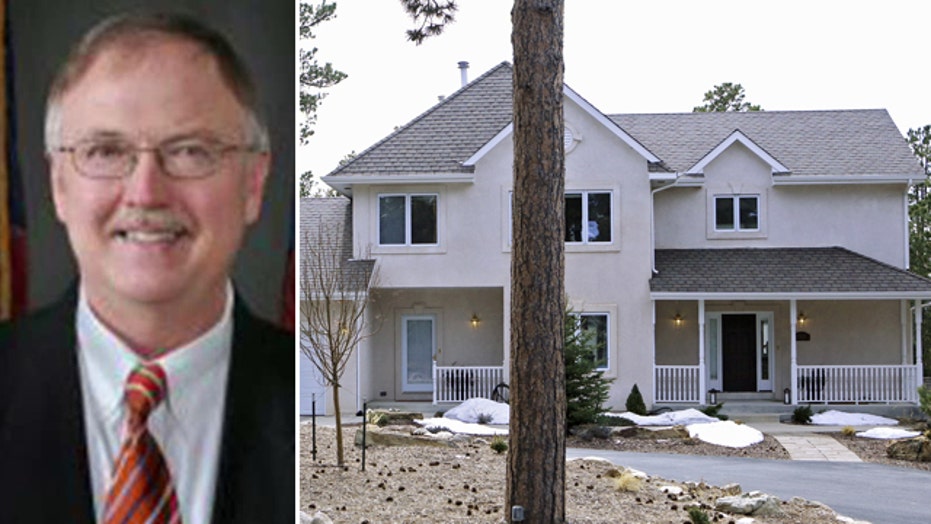 Possible witness seen exercising outside at time of shooting

The shooting death of Colorado Department of Corrections director Tom Clements at the front door of his Monument home has set off a hunt for his killer and raised questions about whether the attack had anything to do with his position.

Authorities are also looking for a dark-colored "boxy" car seen near Clements' house when he was shot around 8:30 p.m. Tuesday. The vehicle's engine was running and a witness reported seeing one person driving away in the car.

Lt. Jeff Kramer of the El Paso County Sheriff's Office said investigators have not ruled anything out, but the shooting could have been related to Clements' job as the state's top prison official.

Deputies received a 911 call from a relative at 8:37 p.m. reporting the shooting. There was one other person at the home with Clements at the time of the shooting.

Kramer said a resident saw a boxy-style, dark-colored, 2-door, 90s-model vehicle running unoccupied and parked at an intersection near the scene of the shooting.

No suspects have been named nor has a motive been discovered.

Kramer said Clement's position as the head of the DOC "opens a dynamic" in the investigation, meaning that someone related to the prisons may have wanted to harm him, KDVR.com reported.

"We're less than 12 hours into this investigation," Kramer said. "In terms of a shooting, that's fairly early. We don't believe there is an imminent threat to this local community, but because we don't have a suspect and don't know the whereabouts of any suspects, we do want folks to remain vigilant."

Colorado Gov. John Hickenlooper was red-eyed and somber and spoke haltingly Wednesday morning at a news conference in which he said he doesn't think the killing was part of any larger attack against his cabinet.

It would have been simple to find where Clements lived. It took two clicks to get his correct street address through a publicly available internet locator service Wednesday morning. The listing also included his previous home address in Missouri.