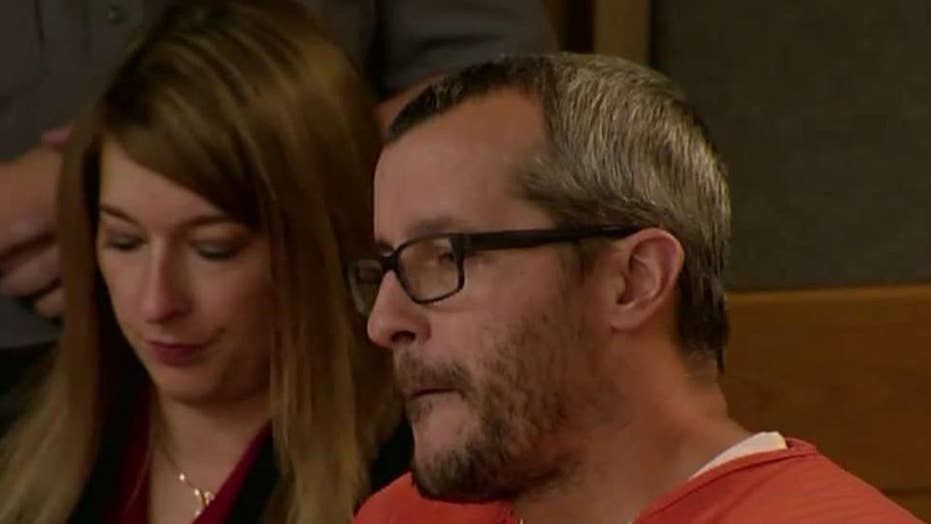 New video of Chris Watts, the Colorado man who was sentenced this month for killing his pregnant wife and their two daughters in August, surfaced Thursday that reportedly showed him transferring their bodies.

The recordings from the Weld County District Attorney’s Office, captured by a nearby home’s security camera, were obtained by KCNC. In one of the videos, Watts, in the top left, is briefly spotted walking down his driveway.

Moments later, a truck can be seen reversing.

In another portion of the video, Watts appears to be near the vehicle and placing something in the truck’s bed, KCNC reported. An item he was holding resembled a red gasoline can.

The truck is later spotted being moved towards the front of the driveway before eventually leaving.

The vehicle seen in the video was used to carry the slain family members – his wife, Shanann, and the couple’s two young girls, Bella and Celeste, Weld County District Attorney Michael Rourke told KCNC. He used it to move their bodies to an oil and gas company where he was employed, Rourke said.

Authorities later recovered the girls’ bodies, which were submerged in an oil tank. Their mother was buried in a shallow grave.

Watts received three consecutive life sentences after pleading guilty earlier this month to murder charges in the deaths of his children and wife, who was reported missing on Aug. 13. The plea deal also included one count of unlawful termination of a pregnancy, for the death of the couple's unborn child, and three counts of tampering with a deceased human body.