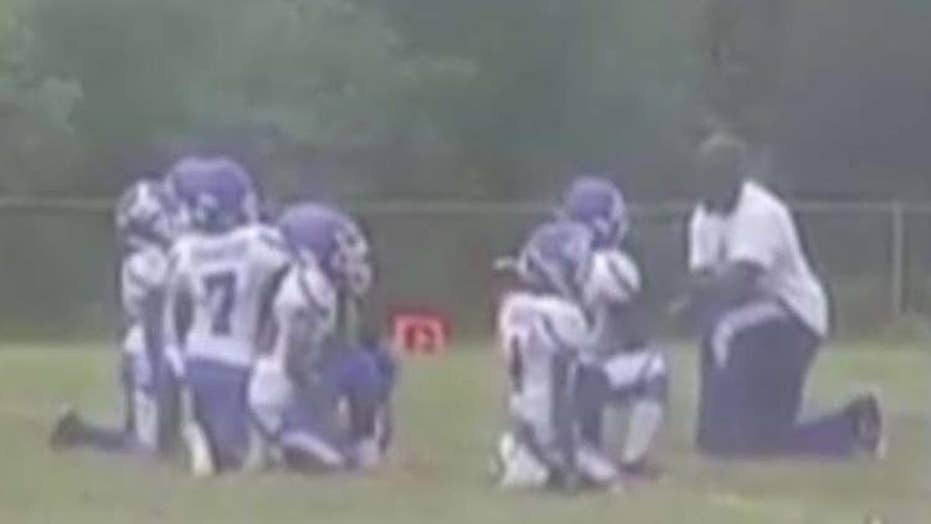 Colin Kaepernick’s protest against racial injustice prompted a wave of other demonstrations, renewed a debate over police brutality and national pride and sparked several rebukes from President Donald Trump.

But the decision by the former San Francisco 49ers quarterback to sit during the national anthem rather than stand is not, historically speaking, a new phenomenon.

These acts of defiance, typically spearheaded by African-American athletes, have led to a backlash from the mostly white fans of the NFL and other sports leagues.

Here’s a look at some the more well-known controversies.

Track stars Tommie Smith and John Carlos, both black, participated in the one of the most famous political protests in the 20th century. At the medal ceremony after winning the gold and bronze in the 200-meter running event, they each raised a black-gloved fist during the national anthem in what was widely seen as a black power salute. The International Olympic Committee suspended them and sent them home. In his autobiography “Silent Gesture,” Smith later said that his gesture was a “human rights salute” as opposed to a black power salute.

Tommie Smith and John Carlos are seen raising their fists at the Summer Olympics in 1968. (Wikimedia Commons)

African-American track athletes Vince Matthews and Wayne Collett were barred from the Olympics after they did not stand at attention during the national anthem after winning gold and silver in the 400-meter race. The pair did not face the flag as the anthem played, but instead stood casually, hands on their hips and with their jackets unzipped. The crowd in California booed. When the anthem ended, Matthews twirled his medal while Collett gave a black power salute.

Denver Nuggets guard Mahmoud Abdul-Rauf refused to stand during the national anthem in protest of anti-Islam rhetoric. The NBA suspended him and he received a substantial amount of hostile responses that included death threats. Abdul-Rauf, who converted to Islam in 1991, called Old Glory a “symbol of oppression, tyranny,” recently compared himself to Kaepernick and expressed no regrets for his actions, saying: “It’s priceless to know that I can go to sleep knowing that I stood to my principles…To me, that is worth more than wealth and fame.”

Former Manhattanville College women’s basketball player Toni Smith turned her back on the flag throughout the season in protest of the U.S. invasion of Iraq. In a written statement at that time, she said: “For some time now, the inequalities that are embedded into the American system have bothered me. As they are becoming progressively worse and it is clear that the government’s priorities are not on bettering the quality of life for all of its people, but rather on expanding its own power, I cannot, in good conscience, salute the flag.” Smith also penned a piece in August 2016 expressing solidarity with Kaepernick.

Toni Smith is seen turning her back on the American flag during the national anthem in 2003. (AP)

Brunswick (Ohio) High School football player Rodney Axson was subjected to racist taunts and abuse when he became the first high school player to take a knee during the national anthem last fall. Axson, who was one of only three black players on the team, told the New York Daily News that he overheard his teammates using the N-word in the locker room. Two players who wrote racial slurs on a note that made its way online were suspended during the school’s investigation and later apologized to Axson, according to local media reports.