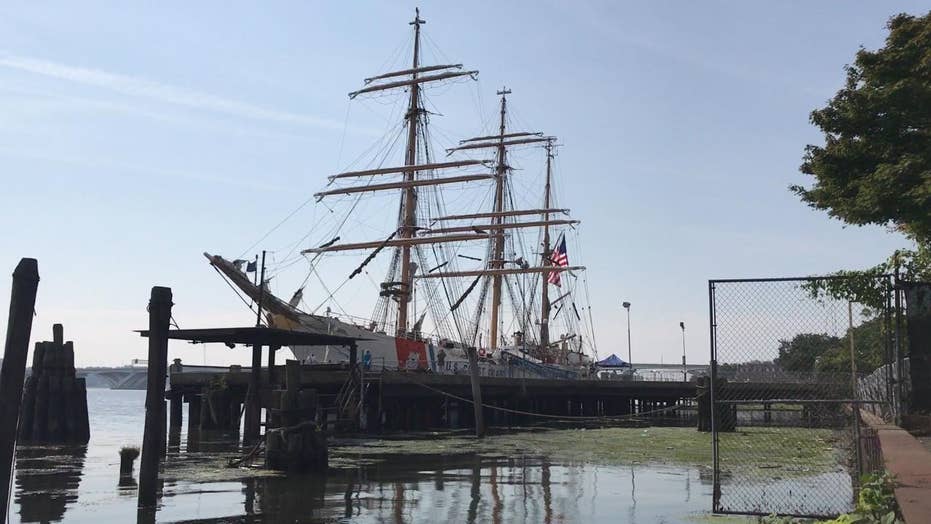 It is the peak of hurricane season and the Coast Guard is on alert for threatening storms.

To prepare its current class of cadets, the Coast Guard academy uses the Eagle, a ship that trains officers how to handle major storms.

The academy is monitoring this year’s hurricane season as a teaching tool for the cadets.

As Hurricane Irma roars toward Florida, the Coast Guard is warning the public to stay off the water, secure belongings and evacuate if there is a mandatory evacuation for the area. In Puerto Rico, Coast Guardsmen stationed at Air Station Borinquen are already assessing damage from the storm.

In the aftermath of Harvey, the Coast Guard conducted numerous search-and-rescue missions and helped with relief efforts.

“Harvey has devastated Houston and I know we have a lot of Coast Guardsmen doing great, great things,” officer candidate Miles Durr told Fox News. “We have had numerous, numerous rescues, over in the thousands. So it has been amazing to see the relief, but there’s a lot more to go.”

While the Eagle is not designed to carry out real-world missions, it is the only active training ship in the U.S. The cadets say their time on the ship is crucial.

“The training vessel is used to teach us leadership, help us work together and kind of rise in morale,” Durr said. “We work on lines and different things, bringing down the sails, and these are all things we do as a team.”

“What we do is... we teach a lot of the practical elements,” Meilstrup said. “Navigation, the fundamentals of how to combat causalities, how to stay on watches. Really, it’s training our officers to respond to whatever issues they may face in the future.”

In a few weeks, the vessel will return to Connecticut where the cadets will finish nearly three months of training before graduating.