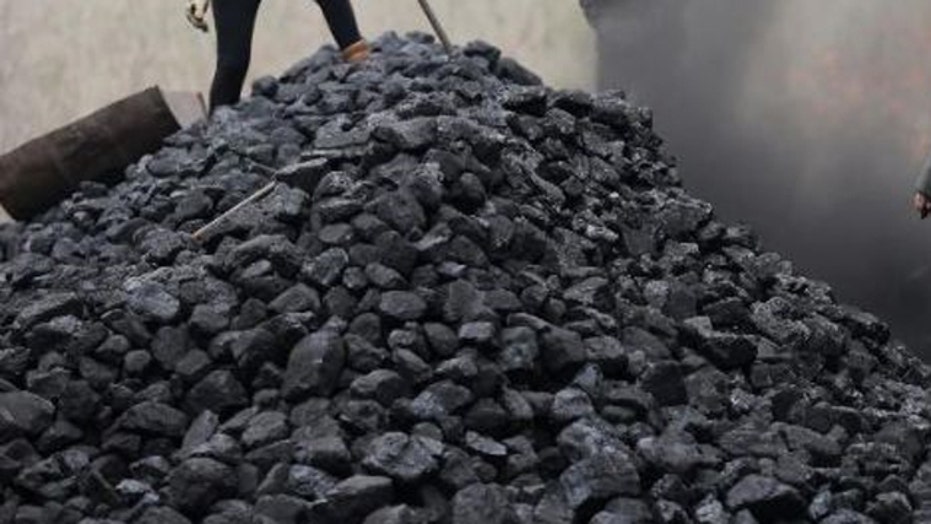 New legal action in the fight over coal exports

Coal-producing states charge Northwestern environmentalists are blocking them from exporting the fuel to hungry overseas nations, costing America jobs and revenue while doing nothing to lessen the use of fossil fuels.

Wyoming, the nation's top producer of coal at 400 million tons per year, only exports about one percent of that. Officials would like to send as much as 70 million tons to coal-hungry Asian nations, but say opposition from states that control Pacific ports is blocking them from doing business. Cowboy State Gov. Matt Mead believes it is unconstitutional for other states to stop his landlocked state from getting its goods to market.

"Do we want them to get their energy from Kazakhstan, from Qatar, or from the United States?"

"It's challenging a particular commodity and we think that is interference with interstate commerce," Mead said.

Late last year, the state of Oregon rejected a key permit needed to move ahead with proposed construction of the Coyote Island Terminal, a Columbia River terminal proposed by Australia-based Ambre Energy. It was to be built at the Port of Morrow which has several other terminals from which agricultural commodities, processed foods, wood and mining products, and solid waste are already shipped up and down the river. Coal from Wyoming, Montana and other western producers would be shipped by rail to the terminal, then put on barges that would carry it some 300 miles to the coast, where it would be transferred to Asia-bound, ocean-going vessels.

Although the project survived the environmental review process, the Oregon Department of State Lands denied a permit to build a dock needed for the project, saying it would interfere with a nearby tribal fishery. The department "determined that, while the proposed project has independent utility, it is not consistent with the protection, conservation and best use of the state's water resources," said Lands Department spokeswoman Julie Curtis.

Gary Neal, general manager of the port, said the area was built for commerce, not fishing.

"This property was set aside for port industrial use," Neal said. "This is a very limited area that might be sparsely fished. There's hundreds of miles of shoreline that have good access for fishing."

Stopping Wyoming's coal from passing through Oregon on its way to Asia won't force the foreign nations to turn out the lights, noted The Oregonian, in an editorial that took the Lands Department to task for a "political" decision.

"Oregonians...should consider the investment, jobs and rural economic development sacrificed in support of a decision that will not decrease Asian coal consumption by a single lump or global warming by even a fraction of a degree," the liberal-leaning newspaper said.

Neal said coal is as safe as any other commodity that passes through his port, but several tribal and environmental groups oppose any facility in the region that promotes the use of fossil fuels.

"There were originally six coal export proposals in Oregon and Washington," said Brett VandenHeuvel,  executive director of the Columbia Riverkeeper organization, which has opposed them. "We're working to restore the Columbia and some of these new industrial threats are taking us in the wrong direction."

In the face of strong opposition, only two of the six proposed coal terminal sites remain on the table, both in Washington state. That is, unless appeals regarding the Coyote Island project by Amber, the Port of Morrow and the states of Montana and Wyoming are successful.

"If individual states, based on their individual desires, start saying, 'We don't want this commodity in our state,' it leads to trade wars amongst the states," Mead said.

VandenHeuvel said Oregon's right to protect its waterways allows it to reject plans for a coal terminal.

"Those constitutional arguments, I think, are a last ditch effort," VandenHeuvel said. "Coal is dirty every step along the way, from the strip mines in Wyoming and Montana to the transport, and the burning of it in Asia."

Boardman County, where the Oregon terminal would be built, needs the jobs Wyoming's coal would provide, said Neal.

"Our county is only like 12,000 population, so the jobs that would have been created with this project and the capital investments are very important," he said, echoing The Oregonian's claim that stopping the shipments will only mean Asian countries will go elsewhere for their fuel.

"Taiwan is a nearly 100-percent importing country," he said. "Do we want them to get their energy from Kazakhstan, from Qatar, or from the United States?"